The genetic heritage of Europe's north

If you haven't, you should keep an eye on Dienekes' Dodecad Ancestry Project (RSS). The pilot phase of data collection is over, and the first population level statistics are now coming out. Of particular interest to me is a new analysis of various northern European ethnicities just published. The samples used in this analysis are: - 25 HapMap-3 White Americans. These are the Mormons of predominantly Northwest European heritage - 5 Dodecad Project Finns - 25 HGDP-CEPH Russians from Vologda, in north-central European Russia - 12 Dodecad Project continental Germanics (Scandinavians and Germans) - 10 Behar et al. (2010) Lithuanians - 9 Behar et al. (2010) Belorussians - 3 Dodecad Project Northern Slavs Below are two visualizations of the genetic structure. First, an MDS. And second, a bar plot of ancestral quanta derived from ADMIXTURE. I've added some clarifying labels. 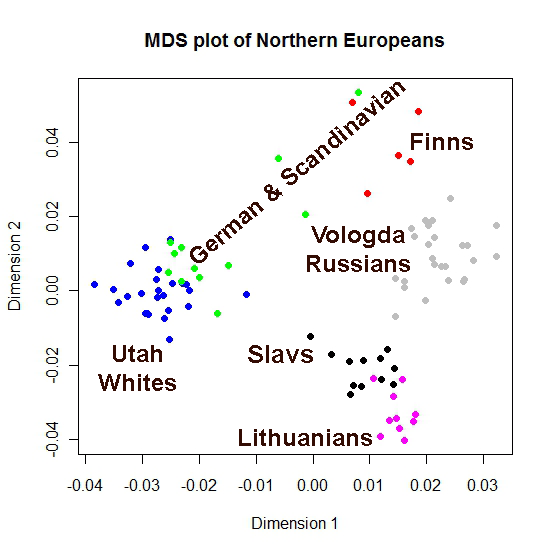 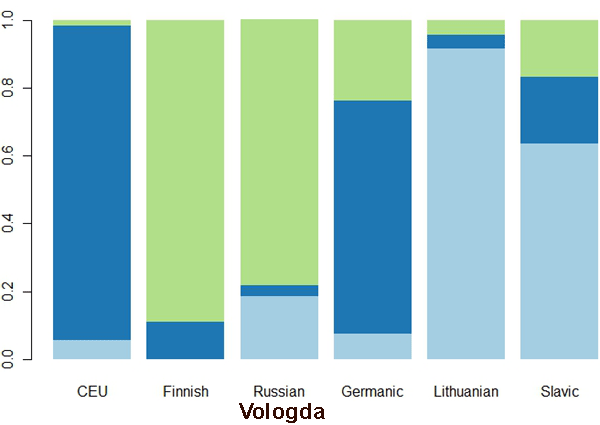