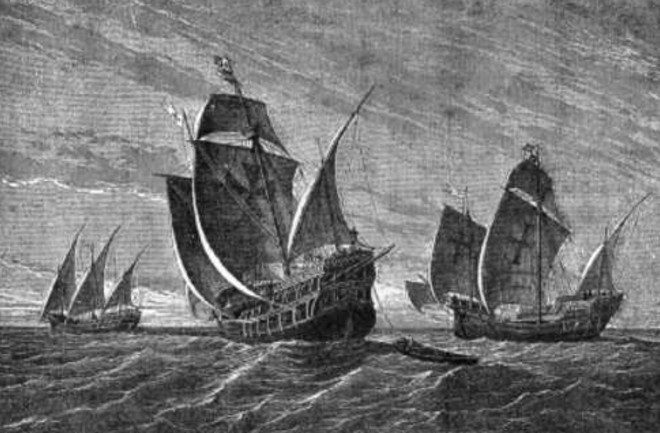 In 1494, King Charles VIII of France invaded Italy. Within months, his army collapsed and fled. It was routed not by the Italian army but by a microbe. A mysterious new disease spread through sex killed many of Charles's soldiers and left survivors weak and disfigured. French soldiers spread the disease across much of Europe, and then it moved into Africa and Asia. Many called it the French disease. The French called it the Italian disease. Arabs called it the Christian disease. Today, it is called syphilis.

I've been intrigued by the murky history of syphilis for a few years now. The text above is from the start of an article I wrote for Science in 2008. At the time, scientists were split between two explanations for sudden appearance of syphilis at the end of the fifteenth century. According to one, it was caused by bacteria that had evolved in the New World and were brought back to Europe by Columbus's crew. But other researchers found many skeletons with signs of syphilis in Europe, Africa, and Asia that appeared to have been from long before Columbus's voyage. They argued that it must have started in the Old World, perhaps before people even left for the New World some 15,000 years ago.

As I explained in the article, one way to test these hypotheses is to survey the evolution of the bacteria. A group of researchers based at Emory University came across bacteria infecting Indians in Guyana that was genetically close, but not identical, to syphilis. They suggested syphilis had evolved in the New World from a common ancestor of both pathogens. Columbus's crew may have picked it up when they visited the New World and then brought it home to Europe. Unfortunately, by the time doctors had gotten the bacteria from the jungles of Guyana to a laboratory where it could be analyzed, the DNA was in bad shape, so they couldn't come to a firm conclusion.

Recently, I caught up with one of the scientists on the team, Kristin Harper, who is now at Columbia University. She didn't have any new genetic results to talk about, unfortunately, although she may before long. In the meantime, she pointed me to a new review she has published in the Yearbook of Physical Anthropology. She and her colleagues took a look at the bones that scientists have pointed to as evidence for the antiquity of syphilis in both the New and Old World, and passed judgment about just how good the evidence was that they did, indeed, have syphilis, and not some other disease that can deform bone. The scientists also took a close look at the dating of the bones, since the timing of syphilis's origin is so crucial to the entire debate.

The trouble with a lot of past research, Harper says, is that scientists have come up with new ways to diagnose syphilis in ancient bones without offering good evidence that their criteria are good. "Paleopathology is kind of the wild west of science, in that the 'rules' are still in their infancy," Harper said. "We set ourselves the challenge of using only evidence-based diagnostic criteria in this paper and tried to be similarly stringent about dating."

The scientists looked at 54 reports from both hemispheres. Most of the Old World bones failed to meet at least one of the standard requirements for a diagnosis of syphilis, such as distinctive pits on the skull or swelling in the long bones of the arms and legs. But when they looked at the Old World bones that had been dated to before 1492 that did make the grade, they ended up throwing all of those bones out, too. The evidence that these Old World bones were from before 1492 turned out to be weak. They tended to come from coastal regions, where people eat lots of fish. Fish are full of carbon from deep in the ocean, which has a different balance of isotopes than that found on the land. The ocean carbon gets into the bones of coastal people, where it can throw off estimates of their age by centuries. A close examination of these coastal Old World bones led the Emory scientists to conclude that they belonged to Europeans who died shortly after Columbus's voyage.

"In contrast," Harper told me, "we found definite cases of treponemal disease [syphilis] hailing from the New World that stretched back thousands and thousands of years."

Harper and her colleagues conclude that there's no good evidence for syphilis in the Old World, and plenty in the New World. They continue to argue that syphilis traveled east across the Atlantic.

It's intriguing if Harper turns out to be right. Europeans brought smallpox and other pathogens to the New World which decimated its residents. Syphilis, it seems, is one pathogen that went the other way.