The Eye Can Spy a Single Photon 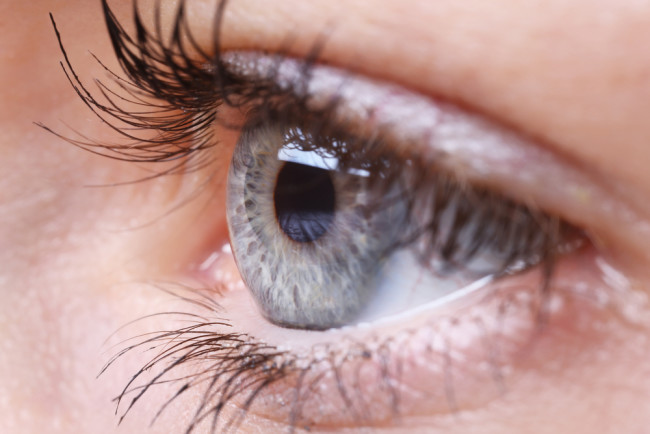 The human eye is sensitive enough pick out a single photon of light in otherwise complete darkness. Light-sensitive cells called rods, located in the back of your eye, can react to single photons, but that’s not the same as actually seeing the light. Sight, in the way that we think of consciously perceiving a visual, requires the retina and the brain to process those signals. For decades, researchers have wondered how little light the human eye could actually detect. Now, it turns out that one photon – the smallest unit of light — is enough to send a signal to the brain. “To our knowledge, these experiments provide the first evidence for the direct perception of a single photon by humans,” wrote Alipasha Vaziri, Jonathan Tinsley and colleagues in a study published Tuesday in Nature Communications. A Little More Than Chance Thanks to a series of experiments in the 1940s, scientists already knew that the human eye could detect as little as five to seven photons in otherwise complete darkness. Until recently, scientists didn’t have the technology to build a light source that would produce just a single photon. Vaziri, Tinsley and their team used quantum optics to build a light source that flashed a single photon at a study participant’s eyes. They asked the participants to identify when they’d seen a tiny speck of light or when they’d seen no light at all. Participants responded correctly slightly more often than if they’d been guessing randomly, about 51.6 percent of the time — not an overwhelming average. The researchers also asked participants to rate how confident they were in their answers, on a scale from one to three. Most of the time, people rated themselves a 1 or a 2 – not very confident – but in the trials where participants rated themselves most confident, their answers were actually correct more often, about 60 percent of the time. The researchers say this is proof that in trials where the subjects reported feeling more sure of their answers, they really had perceived a lone photon in the darkness. Primed for Low Light The researchers noticed that seeing a photon made it easier to spot another one within the next few seconds. Normally, the eye is less sensitive to light when there’s more of it available, but in extremely low light, where the eye needs to make the most of even the smallest quantum of light, the opposite is true. A single photon hitting the retina seems to prime the eye to be more sensitive to the next one. The effect lasts for just a few seconds, but it’s substantial. When participants detected a photon, their chances of successfully detecting a photon that hit the eye within the next ten seconds went up to about 56 percent. That’s compared to about 51 percent when the eye hadn’t been primed by a recent photon. On the other hand, in trials where participants were most confident about their answers, they still correctly detected photons about 59 percent of the time, even without priming. According to Vaziri and Tinsley, that means that although detecting a photon can enhance the probability of perceiving the next one, that photon priming isn’t always necessary for perceiving a single photon. Understanding Visual “Noise” When a photon hits a rod or cone — photoreceptive nerve cells in the eye — its energy converts a chemical in the cell into a molecule with the same atoms arranged in a different shape. That, in turn, alters another chemical in the cell, which produces an electrical signal. Sometimes that process happens spontaneously in the retina, which can create a false signal. It’s the visual equivalent of “noise,” and it’s one reason for false positives in studies like this one. Researchers say that since their experiment reduced visual noise from the environment, which “may provide new avenues for probing yet undiscovered retinal pathways.”