The Enemy Within: Deadly Viruses Show Up in Genomes of Humans & Other Animals 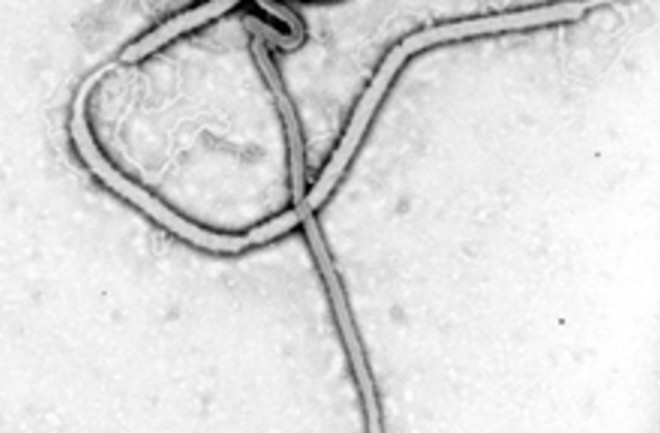 In a medical sense, you'd be wise to steer clear of filoviruses, a group that includes the deadly Ebola, and bornaviruses, which cause neurological diseases. But in a genetic sense, it may not be possible to avoid them. A new study in PLoS pathogens shows that bits and pieces of these viruses have been floating around in the human genome, as well as those of other mammals and vertebrates, for millions of years. It's not that having genetic material left behind by viruses is odd—previous research had shown that viruses account for 8 percent of the human genome. But scientists thought most of that material came from retroviruses, which use their host's DNA to replicate and leave some of their genetic material behind. What's weird about this is that filoviruses and bornaviruses are not retroviruses—they're RNA viruses, which don't use the host to reproduce in the same way. When researcher Anna Skalka heard the peculiar news of RNA viruses leaving material in plant genomes, she and her colleagues rushed to see if the same thing is true for vertebrates.

Unlike the previous studies that focused on certain species or a particular RNA virus, Skalka went broad: She and her colleagues surveyed every vertebrate genome available, 48 in all, and looked for hints of 5666 RNA viral sequences from 38 known families and nine genera that were unclassified. It was "everything available that could be looked at," Skalka says [ScienceNOW].

While previous research had spotted bornaviruses genes in the human genome, Skalka's study found that squirrels, guinea pigs, zebrafish, and many other species besides us showed remnants of RNA viruses in their genomes. And Skalka's team found that just those two groups—Ebola's filoviruses group and the bornaviruses—dominated. So how did those RNA

viruses get their material into our genomes, why has it lasted for so long, and why do we only see these two groups? First, the how:

How these gene fragments jumped from viruses to vertebrates is a matter of speculation. Skalka suspects that malfunctioning machinery in sperm or egg cells could have copied RNA virus genes, then slipped them into chromosomes later duplicated during reproduction. Also speculative is what these viral fragments did — or still do, given their conspicuous lack of random mutations that gather in unused genes — for their unwitting recipients [Wired.com].

As for the why:

Because these pieces have been present in vertebrate genomes for some 40 million years, "there might be some selective advantage to having them," Skalka says. For bornaviruses and filoviruses in particular, she notes, "there must be something special about these viruses," to have kept them around for so long [Scientific American].

It'll take a lot more research to figure out what that "something special" might be. But there's perhaps another reason why Skalka's team saw so much material from these two viruses groups and so little from all the others. While most viruses seem to evolve quite rapidly, perhaps some—like these two groups and others like hemorrhagic fever viruses—haven't changed too much over millions of years, which would explain their over-representation in this study.

Studies like this can't help but miss genetic sequences from viruses that have changed significantly over time, and the viruses may now look very different from how they did when they inserted themselves into a genome. "There may be some ancient ghosts in there," Skalka agrees, "but the surviving viruses have evolved so far that we can't recognize them anymore" [ScienceNOW].

, an American doctor's tale from Uganda 80beats: My Excrement, Myself: The Unique Genetics of a Person's Gut Viruses

80beats: The Swine Flu Virus Is Evolving. Are We Paying Enough Attention?

80beats: Number of Humans with Pig Ebola in the Philippines Rises to Five