The end of demic diffusion 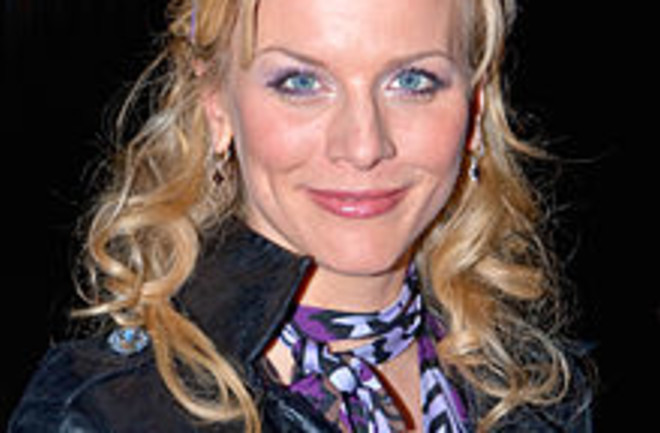 German woman, product of Mid-Neolithic?Source: Siebbi Yesterday I pointed to a paper which was interesting enough, but didn't pass the smell test in relation to other evidence we have (at least in my opinion!). A primary concern was the fact that uniparental (male and female lineages) show a peculiar distribution of variation in comparison to autosomal genetic variation (i.e., the vast majority of the genome) in the case of Europe (genome-wide analysis suggest more of Europe's variation is partitioned north-south, but Y and mtDNA results often imply an east-west split). But a secondary concern I had was that I felt the models were a bit too stylized. In particular following Cavalli-Sforza and Ammerman the authors concluded that demic diffusion better fits their results of genetic variation in Europe (as opposed to continuity of Paleolithic hunter-gatherers). This is likely correct, but these are not the only two models. A paper out in Nature Communications, using analysis of the phylogenetics of whole ancient mitchondrial genomes, outlines my primary concern when it comes to the models being tested, Neolithic mitochondrial haplogroup H genomes and the genetic origins of Europeans:

Haplogroup H dominates present-day Western European mitochondrial DNA variability (>40%), yet was less common (~19%) among Early Neolithic farmers (~5450 BC) and virtually absent in Mesolithic hunter-gatherers. Here we investigate this major component of the maternal population history of modern Europeans and sequence 39 complete haplogroup H mitochondrial genomes from ancient human remains. We then compare this ‘real-time’ genetic data with cultural changes taking place between the Early Neolithic (~5450 BC) and Bronze Age (~2200 BC) in Central Europe. Our results reveal that the current diversity and distribution of haplogroup H were largely established by the Mid Neolithic (~4000 BC), but with substantial genetic contributions from subsequent pan-European cultures such as the Bell Beakers expanding out of Iberia in the Late Neolithic (~2800 BC). Dated haplogroup H genomes allow us to reconstruct the recent evolutionary history of haplogroup H and reveal a mutation rate 45% higher than current estimates for human mitochondria.

In other words, the mitochondrial genomic landscape of Europeans not only exhibits discontinuity with Paleolithic populations (though ~10% of Europeans, including my father-in-law, carry the U5 mtDNA haplogroup, which does seem to date to the Ice Age), but also with the "First Farmers." In the case of this paper the focus is on Central Europe and Germany, and haplogroup H, which is modal across Europe (my wife and daughter are H1). That's because they've already done work on this region and these mtDNA genotypes (see: Ancient DNA from European Early Neolithic Farmers Reveals Their Near Eastern Affinities).

Probably the most arresting figure is the panel to the left. Here you have the authors perform a Procrustes analysis where they compared genetic variation of populations to geographic variation. For Europe what is striking (but unsurprising) is the correspondence between the two dimensions. What is noteworthy are the exceptions. The LBK, Germany's first farming society (ergo, by definition early Neolithic), and the BBC, a late Neolithic culture with putative origins in Spain (this is disputed) do not align with Central Europe. Rather, LBK is shifted toward the Near East, and BBC toward Spain. The former result recapitulates what they discovered earlier. But, The "Middle Neolithic" samples are overlain upon Central Europe! This is why the authors argue that there was a disruption between the LBK and Middle Neolithic cultures (Rossen [4625–4250 BC], Schoningen [4100–3950 BC], Baalberge [3950–3400 BC] and Salzmunde [3400–3025 BC]). Of course that's not the end of the story. BBC arrived in the late Neolithic, presumably from Southwest Europe, and also made contributions. The mitochondrial genomic landscape of Central Europe did not freeze in the Middle Neolithic, but, it can be argued that this was a major "phase transition," just as the shift between the Paleolithic and Neolithic was a major disruption. This is a radical change from the orthodoxy of the early 2000s. Then it was common to assert that the extant haplogroups in the Old World achieved their current distributions between the Last Glacial Maximum and the expansion in the wake of the Holocene warming. These data, along with many other points of evidence imply that in fact contemporary genomic variation is more a function of dynamics particular to the Holocene, the last 10,000 years, rather than the Ice Age. Going back to the title of the post my contention here is that a stylized demic diffusion scneario with a wave-of-advance as one population expands into another does not model what has occurred in Europe over the past ~10,000 years. Before 2010 the argument was between those who argued that the diffusion was modest in its genetic impact, and those who argued that it wasn't modest. But ultimately they were arguing over the margins. These results imply that diffusionary processes are not sufficient to characterize the nature of demographic turnover. Rather, there were repeated eruptions, replacements, and admixtures. It is cliche to refer to phyologeographic and archaeogenetic excavations as pealing back a palimpsest, but this actually gets to the reality that the elements of the object under study are more discrete than one might assume. Let us posit for example an imaginary history which might explain these data. 1 - The "First Farmers" (LBK) establish nucleated settlements isolated from the hunter-gatherers, who recede and are marginalized 2 - A later culture of "Second Farmers" organized around military principles overturns the ascendancy of the "First Farmers." Additionally, this second wave is a hybrid population, which emerged out of the synthesis of the nucleated first wave and the hunter-gatherer substrate. 3 - Finally, a subsequent series of prehistoric populations interject themselves onto the historical scene, though only inflecting the genomic landscape characterized by step 2. Like the second group these are themselves populations with diverse origins in prehistory, a syntheses of various geographical and tribal strands. Though isolation by distance and clinal variation is important in this narrative, these dynamics are actually requilibrations after the exogenous shocks of demographic eruptions (note, a reader of this weblog outlined this model years ago in a more primitive form). Agriculture, and agricultural mass societies, were sociological shocks of a massive order, which resulted in protean shifts in the institutional and cultural fabric of diverse peoples. Like early stage innovation and business growth the "Neolithic sector" may have been characterized by rapid growth and high rates of "firm" extinction. Ultimately a series of consolidations and merges resulted in a new more stable order, as the industry entered a "mature phase." What we term civilization. Is that a true story? Perhaps not in the details. But I think it's a truer story than the tales that were on offer in the early 2000s. Addendum: It is important to note that discontinuity seems a likely story for the Y chromosomes as well (male lineages). Citation:doi:10.1038/ncomms2656