The empires of American English

Over the past few days a website which maps American English dialects has gone around the blogs (I found it via Kevin Zelnio). Michelle has some suggestions for improvements of the map in Ohio. Here's a cropped and resized dialect map: 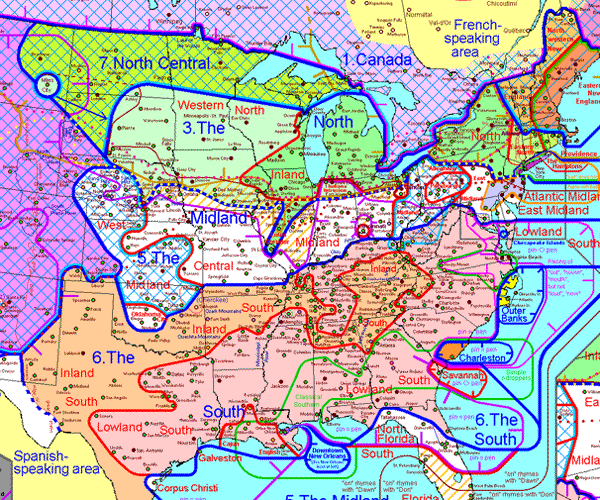 One thing that immediately stood out is the latitudinal banded pattern of the dialects. They seem to follow migrations from the east coast inland, and reflect sectional divisions which go back to the 19th century. Below is a county by county map of the results for the 1856 presidential election.

Notice how closely the votes for the Republican, John C. Frémont, align with the Northern dialects. In 1856 the Republicans lost the Lower North, and so the election, to the big-tent coalition of the Democrats who had been ascendant since Thomas Jefferson's presidency. Frémont's core was "Greater New England," which consisted of New England and the regions of the North settled from New England and its outriders, such as western New York. This cultural pattern dates to the first half of the 19th century, and to some extent it has persisted even after the massive waves of German and Scandinavian immigration transformed the western portion of Greater New England so that it has one of the lowest proportions of English Americans in the United States. This may be a reflection of the "First Settler Effect" at the heart of David Hackett Fischer's Albion's Seed. But it also may be due to the cultural affinities between Scandinavians and Germans and Puritan Yankees (this certainly manifested in the anti-slavery sympathies of German social liberals who arrived after 1848 and the Yankees). Here's a map of settlement from The Expansion of New England: The Spread of New England Settlement and Institutions to the Mississippi River, 1620-1865: 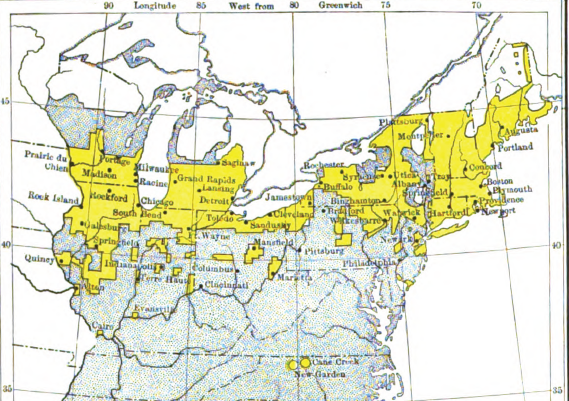 Here are some books on American sectionalism and history which I've found very useful: - Albion's Seed - What Hath God Wrought - The Rise of American Democracy - Clash of Extremes - The Cousins' Wars - The Age of Lincoln - Throes of Democracy - American Colonies - The Scotch-Irish Any good books on the topic you've read?