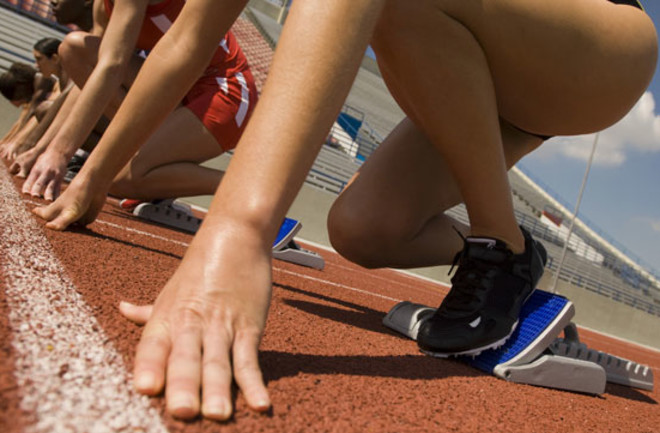 The Contrary View: There is no scientific basis to claim women with naturally high testosterone have an unfair advantage.

The international Olympic Committee (IOC) released new eligibility restrictions for women’s competitions in June. Like the International Association of Athletics Federations last year, the IOC declared that women with naturally high testosterone levels—a condition known as hyperandrogenism—are too masculine to compete against other women, calling this an unfair advantage. Men’s usual performance advantage over women can be chalked up to having more testosterone, the argument goes, so if some women are more endowed than others, the contest is unfair. A number of athletes have been removed from competition because of these policies; to protect their privacy, their names have not been released.

These rules should be repealed. The policies claim to isolate the primary ingredient of athletic advantage. It’s a tantalizing idea. But despite a common belief that testosterone is the molecular pathway to the podium, you cannot rank people’s abilities by testosterone level nor use it to predict the results of competition. Moreover, because testosterone receptors—the molecules that enable the body to use testosterone—are so variable from one person to the next, knowing blood level alone is meaningless. Surprisingly little evidence exists on the relation between endogenous (not artificially enhanced) testosterone and athletic performance, especially in women. But we do know that it is just one part of a complex biological feedback system.

Sports performance is a dynamic process involving physique, thermoregulation, biomechanics, oxygen uptake, training, and genetics, as well as psychological and social factors. Testosterone contributes to athletic performance but does not determine it. In fact, the connection between testosterone and athletic competition is a two-way street: Winning and even anticipating competition cause testosterone levels to rise in many athletes.

Even if testosterone largely determined athletic performance, would that be unfair? Other biological differences among athletes are allowed and even expected. Some genetic variations can boost endurance; others promote strength and power. Rare mitochondrial variations give some people extraordinary aerobic ability and protect against fatigue. Why single out women with higher testosterone as if this is somehow different? These women aren’t cheating. Hyperandrogenism is a naturally occurring variation, no different from any other. Limiting testosterone would only make sense if high levels could signal that these athletes aren’t really women—and even the IOC admits that testosterone can’t tell you that.

Sports should continue to monitor for doping to distinguish between natural and enhanced testosterone, without setting limits on how much testosterone female bodies should naturally make. Women athletes are already under extraordinary pressure to be feminine and even sexy. Because testosterone is widely believed to be associated with a more masculine appearance, these policies will unfairly intensify scrutiny of all women athletes.

Given the weak evidence for the IOC’s policy and its potential for fostering gender hysteria, the problem here isn’t one of unfair advantage but of bias and discrimination.

What’s a better solution? Let all legally recognized women compete. Stop the gender policing of female athletes. And realize that science can give us evidence, but what we do with that evidence is fundamentally a social question.

Katrina Karkazis is a biomedical ethicist at Stanford University and the author of Fixing Sex. Rebecca Jordan-Young is a professor of women’s, gender, and sexuality studies at Barnard College and the author of Brain Storm.