The case of the chocolate candy dental fracture. 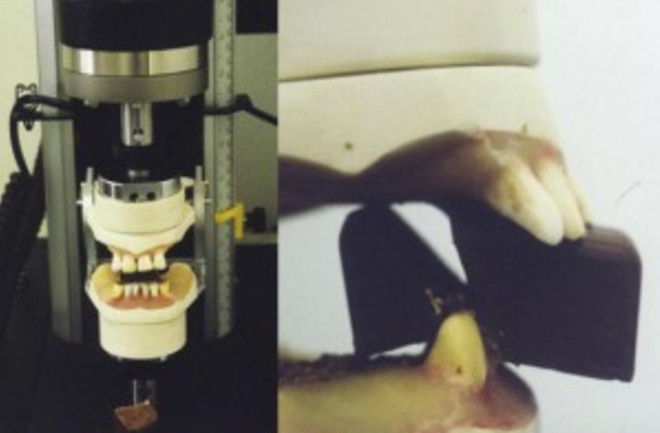 Fig. 4.Moment of fracture of the test food and record of the applied force.

In this episode of "Law & Order: Medical Case Report", we bring you a story involving a broken tooth, a candy company, and a lawsuit. Were the victim's already-troubled teeth to blame, or was the unnecessarily hard chocolate the real culprit? Watch as the authors use a gruesome device (see Figure 4) to test how much force it takes for real human teeth to break through different types of frozen chocolate. Yum!Dental fracture and chocolate candies: case report. "A complaint by a customer to a food company claimed that the consumption of a chocolate candy fractured his anterior teeth, due to its hard consistency. Fragments of the fractured teeth and the chocolate candy that supposedly caused it were collected, examined and photographed. Fragments presented caries, large restorations, and suggested previous endodontic treatment. To evaluate causation, the food company requested a laboratory analysis, which simulated the human bite on chocolate candies of the same brand. Human teeth were assembled in a simulating device of masticatory functions of apprehension and incision. Teeth used were either sound or with non-restored endodontic accesses, to simulate previous conditions of the collected fragments. Twenty chocolate candies, cooled in a freezer to 0 °C for 2 h were used as test foods, and were positioned between the teeth of the device at the moment of the test. The set was put in a dynamometer, programmed to apply increasing forces (rate of advance of 5 mm/min), until rupture (either of the specimen or of the teeth). The applied force, in N, at the time of fracture was recorded and analyzed. The average force to fracture the test food was 233.23 N. No tooth was fractured in the experiment. Forces ranging from 191.3 to 275.2 N, applied to chocolate candies were not sufficient to neither fracture human teeth nor cause any structural damage. It was concluded that the dental fracture occurred because of previous oral health conditions of the customer." Related content: NCBI ROFL: Study proves chocolate bars different from bones. NCBI ROFL: Social perceptions of individuals missing upper front teeth.Tooth-brushing-induced orgasms. Look ma, no cavities!