Cancer generally cannot be passed from one person to another. But among certain animals, a few rare types of cancer can spread like bacteria or viruses do. 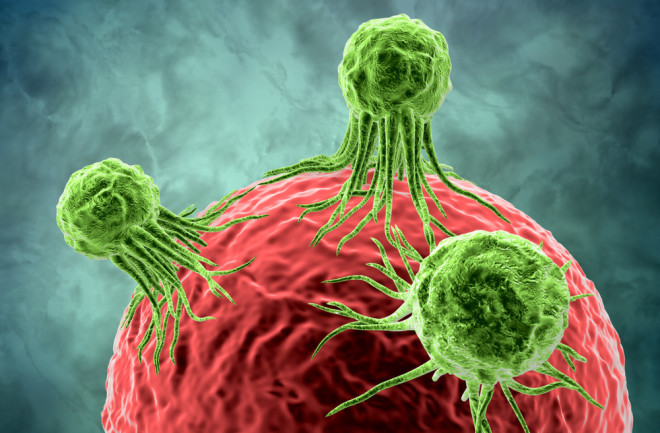 Cancer is typically a threat that comes from within. Mutations to our own cells can sometimes cause them to begin to multiply out of control while simultaneously avoiding the body’s natural defense mechanisms. When this happens, the resulting mass is called a tumor, and it’s usually fatal if not treated.

Thankfully, tumors cannot typically spread beyond their hosts, like bacteria or viruses do. Our bodies are primed to reject foreign cells, and this innate immune response protects us from tissues — including tumors — that come from other people or animals.

That’s not always the case in animals, where there are a few kinds of cancer that are readily transmissible — though never to humans. And some viruses can lead to cancer, making them an indirect mechanism of cancer transmission. But human cancer cells themselves don’t typically jump from host to host.

Even so, there are rare cases that break this rule. A few case reports throughout the medical literature identify puzzling situations where human cancers spread from one person to another. Such examples of cancer transmission are exceedingly unlikely, and they certainly don't mean we should be worried about catching cancer. But they do have something to say about the complex interactions between our bodies and the cancerous cells that go astray. As is usually the case in medicine, it is the mysterious cases that have the most to teach us,

It didn’t seem like a big deal at the time. A surgeon operating on a man with a cancerous mass in his abdomen injured his hand during the procedure — something that’s always a risk when using the sharp tools of the trade. But months later, the doctor noticed a hard lump on his hand near to where the lesion had been. A hand specialist diagnosed the lump as a tumor, and further work revealed it to be culled from the same cell line as that of the patient he’d operated on months before. The tumor cells had been transplanted from patient to surgeon.

The surgeon’s tumor was removed and he recovered without problems. But his experience stands out in the medical literature for its improbability. Tumor grafts aren’t supposed to work. Research done decades before by the cancer researcher Chester Southam had confirmed this. When he attempted to place tumors from cancer patients into healthy recipients, the cancerous cells typically melted away, killed off by the recipient’s immune systems.

Even at the time his work was seen as ethically dubious. But Southam’s conclusions were generally regarded as sound and helped show that cancer cells can’t usually move from one host to another. Our immune systems are constantly on the lookout for cells that don’t come from our own bodies. When they find anything that looks suspicious, they’ll quickly kill it. That reaction is why transplant recipients must take immune suppression drugs after receiving a new organ to prevent their bodies from rejecting it.

In the case of the surgeon, it appears that his tumor contained genetic elements from both his body and the patient he was operating on. Though the exact mechanisms are unclear, it’s likely the presence of his own DNA in the tumor cells was enough to cause his immune system to stand down.

Other cases of human transmissible cancer include a lab worker who poked herself with a needle containing a cancerous cell line, and melanoma cells that were transplanted from a daughter to a mother. Some organ transplants — less than a tenth of a percent — can also transmit cancer from donors to recipients. Additionally, mothers can sometimes transfer cancers to their fetuses. There’s often little information about why these cancers are able to move from one person to another. But their outlier status reinforces the rarity of the occurrence.

An Epidemic of Tumors

Though transmissible cancers are rare in humans, that’s not the case for every species. A few animal cancers are easily transmissible, and one such example even posed an existential threat to its host species.

Transmissible animal cancers include an aggressive form of facial tumor that’s spreading among Tasmanian devils, which live on the Australian island they’re named after. The cancer, called Devil Facial Tumor Disease (DFTD), spreads through skin contact, and is frequently passed between males during violent skirmishes over mates. The cancerous lesions grow quickly and grotesquely, and typically kill the animals when they grow large enough to restrict breathing or eating. In 2014, researchers discovered a second version of the cancer.

The cancer cells are thought to spread because Tasmanian devils’ lack genetic diversity, making it harder for their immune systems to tell cells from different animals apart. It results in cancer cells being able to survive and multiply undetected. As of 2014, DFTD had reduced Tasmanian Devil populations by 80 percent, prompting worries of extinction.

But there may be hope for the species yet in the form of immunotherapy treatments targeted to their particular cancer. And recent work by ecologists indicate that DFTD may not wipe Tasmanian devils out completely. Instead, the marsupials may be already evolving to better survive the disease.

Another example of a transmissible cancer can be found in dogs. Canine transmissible venereal tumor (CTVT) is found on or near dogs’ genitals, and is usually passed during mating. CTVT isn’t typically deadly, however, and the tumors normally regress and disappear on their own. Scientists have identified two distinct phases CTVT cells go through: one in which they multiply quickly, and one in which their growth slows down. The second, slower phase, likely plays a role in the cancer’s eventual regression.

Researchers estimate CTVT first appeared anywhere from 8,000 to 11,000 years ago, and the same lineage of cells is still alive in dogs today. The reason for that may lie in CTVT’s unique ability to infect dogs without ultimately causing much harm to them. Because they do not kill their hosts, the tumor cells stand a better chance of being passed on.

The cancer cell lineage’s longevity and ability to pass between hosts has caused some scientists to consider it something like an independent organism — a transmissible parasite.

There’s also evidence that the cancer cells might represent a group of dogs that has since disappeared. The dogs we see in America today are mostly the descendants of canines brought from Europe over the past few hundred years. There’s little trace of the dogs that first colonized North America — except for one surprisingly hardy cell line. CTVT likely came from a dog in North America thousands of years ago. Today, those cancerous cells represent the only lasting descendants of the original dogs of North America.

More examples of transmissible cancer may await discovery. But for now, scientists are focused on fighting the cancers that arise within people, not those that come from outside.