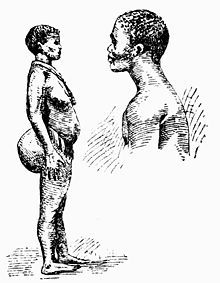 When it comes to the human genetics of the Khoe-San there's a little that's stale and unoriginal for me in terms of presentation. The elements are always composed the same. The Bushmen are the "most ancient" humans, who can tell us something about "our past," about "our evolution." Tried & tested banalities just bubble forth unbidden. I have no idea why. There's a new paper in Science on the genetics of the Khoe-San, which includes Bushmen, which brought to mind this issue for me because of the outrageous nature of the press releases. The title of the paper itself is a testament to vanilla, Genomic Variation in Seven Khoe-San Groups Reveals Adaptation and Complex African History. This is absolutely not surprising. Are you shocked that the Khoe-San have adaptations? Or that African history is complex? The wonder of it all! This paper actually revisits much of the same ground as Pickrell et al.'s originally titled The genetic prehistory of southern Africa. Before Dr. Pickrell executes throw-down on me on Twitter let me concede that I have no creative ideas to offer in terms of an alternative title. Rather, I have an idea:

perhaps in the future scientists could explore the evolutionary genetic basis for steatopygia?

The trait is not limited just to Khoe-San, my distant cousins the Andaman Islanders also exhibit it. Perhaps this is the ancestral state of the human lineage? This is a situation where the titles just write themselves! I bring up this point because from what I can tell the main area where the Science paper adds anything to the one posted on arXiv is that there is some exploration of adaptation and natural selection. In particular, the authors find that not only are pastoralist Khoi groups admixed with Bantu, but they seem to have lactase persistence alleles shared with East African populations! And, there is a pigmentation locus which seems under strong selection in them, introgressed from the Bantu. I am not entirely familiar with one of their tests for selection, which proposes to explore very deep time adaptive events (on human evolutionary scales), so I will comment no further. But I am intrigued that there seems to be a worldwide tendency for their to be selection on pigmentation genes. Though the paper itself is gated, you can really read most of the good stuff in the supplements. I believe that is free to non-subscribers (you may have to register for free, I don't know). I get a feeling that the group that published in Science took a "kitchen sink" approach to rummaging through their data set. Pickrell et al.'s preprint (now accepted to Nature Communications) seems positively spare at an economically written 63 pages. I would concede that the prose in the gated text is more polished, but that's only a small proportion set next to the sometimes rambling supplement. An interesting window into the possible outcomes of different forms of publication. My primary scientific concern about Genomic Variation in Seven Khoe-San Groups Reveals Adaptation and Complex African History is what I see as reliance on assumptions in their phylogenetic methods. I'm not sure that their values hold, though in its broad outlines their natural history of the Khoe-San seem to support what has previous been inferred from mtDNA lineages, and the whole genome analysis of the 2009 Bushmen paper (interestingly, the first author of the current Science paper sent in a letter objecting to the terminology used in that 2009 paper, and it seems she attempted to be as punctilious as possible in this area by making sure there was a robust ethnography). Let me quote:

A third factor that, in contrast to the other two, lead to an overestimation of the population divergence time of the Khoe-San to other groups is admixture from more basal (’archaic’) human population lineages (120). An important direction of future research is thus to investigate the extent of ancestral structure in these populations, but assuming that such contributions are relatively minor (120), we suggest that the majority of the ancestry present Khoe-San groups today is from a population that diverged from a population lineage leading to most of the ancestry of all other modern humans at least 100,000 years ago

Why assume that? In fact the ScienceDaily summation blares out "Khoe-San Peoples Diverged Before 'Out-Of-Africa' Migration of Modern Humans". First, there was a lot of evidence pointing in this direction before this paper. Second, that inference rests upon that assumption, at least to some extent. Overall I wasn't totally convinced that the authors had done a thorough enough job accounting for...well, the complexity of African genetic history in regards to admixture. Trees have limits at this remove in time. This is an easy gripe to have. I understand the constraints to comptutation, as well as the labor hours necessary, and the fact that this is a scientific paper, not a magnum opus. But I still have to wonder if perhaps I would be less irritated on this measure if the authors hadn't simply hoovered up every cutting-edge statistical genetic method of inference and presentation and repackaged it with their data, rather than focusing on and refining their phylogenetic techniques. You don't need to be an academic at a research institution to run ADMIXTURE or EIGENSOFT. How many PCA plots of African populations do you really need? This paper, and The genetic prehistory of southern Africa, make me come back to my thoughts about the origin of 'modern humans,' as well as the Khoe-San. If there were Khoe-San evolutionary geneticists around I wonder if they'd be talking about how non-Khoe-San were an interesting side branch of the Khoe-San, and offered a window into the evolutionary possibilities of our species. We tend to imagine our species as having arisen in a singular manner, de novo and sui generis, fully formed from the head of Zeus. If the Khoe-San diverged very early on after this miraculous event, then a particular interest in them makes sense. But today with all the talk of admixture and numerous archaic hominins in the family tree of our own present lineage,

I think perhaps we need to just let go of this idea, and let the Khoe-San just be, rather than be a window into some seminal evolutionary event

. They're our distance cousins, but perhaps our common grandparents just weren't that special.