The ancient Romans were onto something: cold showers might be good for you. 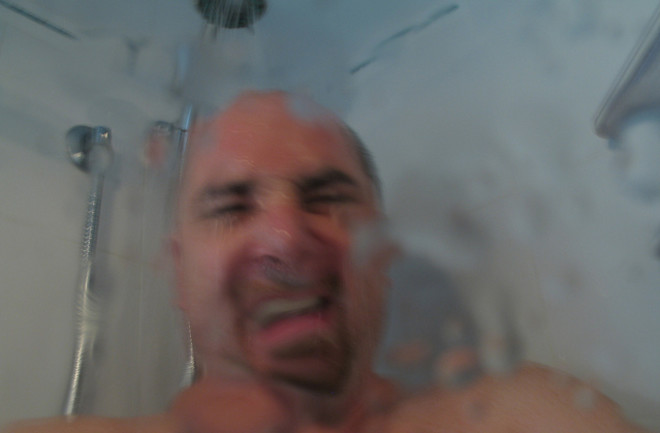 Photo: flickr/sethdickensIf you've ever visited Roman ruins, you'll know that the ancient Romans were really into bathing. Every town had at least one bathhouse, which had a combination of steam rooms, hot tubs, and cold baths. But did these rituals actually do anything for the Romans' health? In this study, the researchers had subjects add a cold shower at the end of their regular hot shower routine to measure its effects on heath and other lifestyle factors. They found that cold showering significantly reduced the number of sick days that the subjects took during the study (though not the number of illness days). The authors hypothesize that this was caused by the invigorating effect of the cold shower, which some subjects compared to a jolt of caffeine. In fact, the subjects enjoyed the cold showering so much that the majority of them continued to do it even after that phase of the study ended. So there you have it: if you want to save money on coffee, just douse yourself in cold water instead!The Effect of Cold Showering on Health and Work: A Randomized Controlled Trial "Purpose The aim of this study was to determine the cumulative effect of a routine (hot-to-) cold shower on sickness, quality of life and work productivity. Methods Between January and March 2015, 3018 participants between 18 and 65 years without severe comorbidity and no routine experience of cold showering were randomized (1:1:1:1) to a (hot-to-) cold shower for 30, 60, 90 seconds or a control group during 30 consecutive days followed by 60 days of showering cold at their own discretion for the intervention groups. The primary outcome was illness days and related sickness absence from work. Secondary outcomes were quality of life, work productivity, anxiety, thermal sensation and adverse reactions. Results 79% of participants in the interventions groups completed the 30 consecutive days protocol. A negative binomial regression model showed a 29% reduction in sickness absence for (hot-to-) cold shower regimen compared to the control group (incident rate ratio: 0.71, P = 0.003). For illness days there was no significant group effect. No related serious advents events were reported. Conclusion A routine (hot-to-) cold shower resulted in a statistical reduction of self-reported sickness absence but not illness days in adults without severe comorbidity." Related content: Why do wet things feel wet?Want to run harder, faster and longer this summer? Try drinking a slushie!Flashback Friday: Here’s a list of what’s currently living in your belly button.