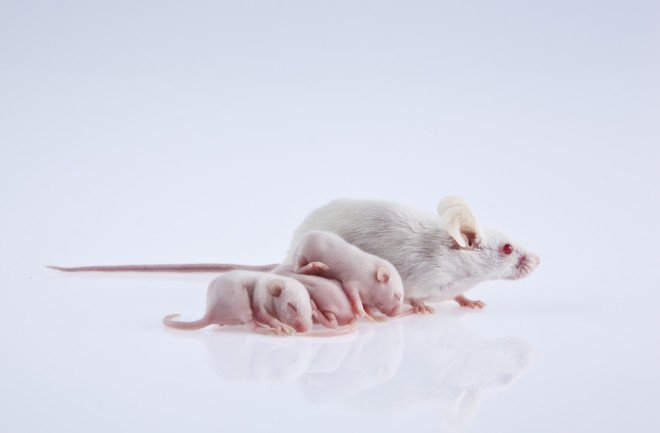 Testosterone often gets a bad rap as the cause of male aggression, but the hormone actually interacts with our bodies in far more, and more complex, ways. Now, in a new study in mice, researchers find that testosterone protects embryos from harm by reducing inflammation during development. It’s a new role for the hormone, and one that could prove beneficial to humans, the researchers say.

Genetics researcher John Schimenti and his research team at Cornell University in Ithaca, New York had no intention of studying how testosterone affects embryos. The researchers actually started out looking for genes that curb cancer. They were looking for genetic mutations in mice that make them prone to develop cancer later in life. One gene, called Mcm4 and which affects DNA replication and repair, seemed like a promising target. Mutations in this gene can cause a cascade of potentially cancer-causing mutations to other genes.

To explore the connection between this particular gene and cancer, Schimenti and his colleagues began breeding mice with the Mcm4 mutation and various combinations of mutations in related genes. Some of these combinations were lethal, the researchers noticed. But on closer examination, the scientists realized markedly fewer female mice  embryos with certain combinations of mutations survived compared to males with the same genetic errors.

“At first, it was an annoyance,” Schimenti said. “But then we realized that the striking lack of females might be biologically important.”

The researchers quickly determined that females with the fatal mutations began dying around day 12 of gestation, right when sex characteristics begin to develop. A full-term pregnancy in mice lasts about 20 days.

“We were baffled,” Schimenti said. “We conjectured that there was something protective about ‘maleness,’ and the first thing that came to mind was testosterone.”

“Giving testosterone to pregnant mothers saved the female embryos from death,” he said.

The DNA damage the researchers induced in the mice was likely also causing inflammation in the mouse pups. They also knew testosterone has anti-inflammatory properties. So perhaps this was why the males, whose bodies were making much more testosterone than the females, were surviving.

To find out, the scientists went to the drug store and bought children’s grape-flavored Advil. Advil’s active ingredient is ibuprofen, a non-steroidal anti-inflammatory drug or NSAID. When the researchers put the Advil in the drinking water of pregnant moms, “Eureka!” exclaimed Schimenti. “That rescued the females.”

The Advil, it turned out, was compensating for a lack of testosterone by cutting down levels of inflammation. That finding could be useful for humans.

“It is conceivable that inflammation plays a role in some fraction of [human] pregnancy loss or difficulties, and if so, a safe anti-inflammatory treatment might prove to be beneficial,” Schimenti said. But, “we have no idea if anything similar is happening in people,” he added.

Schimenti cautions the research was in mice with specific genetic mutations. “We certainly don’t want pregnant women running to the drug store to take ibuprofen to ‘protect’ their babies” before clinicians can conduct more research.