Why You Should Be Thankful for Your Teeth 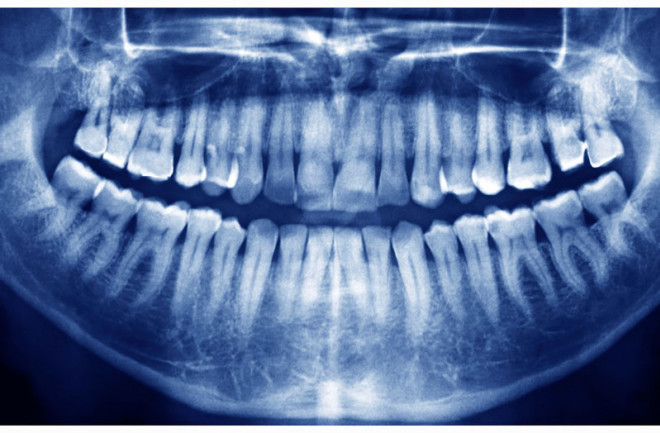 Our teeth say a lot. They reveal everything from our eating habits to our social habits. So open wide, and let’s dive in.

A mature human has a complete set of 32 teeth. Four types of teeth are nestled into our jaws: molars, premolars, canines and incisors, plus the optional wisdom teeth. Our array of teeth types means we are heterodonts, like most mammals. Homodont animals, by contrast, have the same type of teeth throughout their jaw, making their bite imprint look mostly uniform.

Teeth, which grow in treelike rings, are made of enamel, the hardest substance in the human body. More than 300 types of bacteria live in the mouth, many of which can be found in dental plaque on the surface of the teeth.

Teeth don’t come with a lifetime guarantee, though. Because humans are diphyodont, we get only two successive sets of teeth throughout life. Other animals get way more: If they’re polyphyodont, like sharks, their teeth are replaced continuously.

That toothy grin you see in the mirror can shed light on some surprising links among oral health, genetics and overall health.

Although there aren’t many direct genetic variables that control oral health, specific genes may raise the risk of gum disease and tooth decay. For example, a sweet-tooth gene was discovered by scientists in Denmark in 2017. According to Matthew Gillum, associate professor of metabolic genetics at the University of Copenhagen, people with a specific variant form of the FGF21 gene tend to crave and consume more sugar on average than those with the normal form of the gene.

“It does have some association with more body fat on your hips,” says Gillum. “It’s likely to be the case that individuals with sweet-preferring genes drink more [alcohol] than average.” He thinks it has something to do with the liver protecting itself from too much sugar or alcohol. “FGF21 acts as a brake on sugar overindulgence from the liver for self-defensive reasons,” Gillum says.

Teeth that can’t function properly will spur a cascade of effects. Left untreated, a decaying or abscessed tooth can lead to potentially life-threatening complications. In 2007, a 12-year-old boy died after bacteria from an abscessed tooth spread to his brain. If a toothache is preventing you from eating normally, it can adversely affect your diet and physical health, while misaligned teeth can cause headaches, sinus problems, facial deformities and even obstructed breathing. On top of that, oral health is highly correlated with cardiovascular and nervous system health, since the harmful microorganisms on the teeth and gums and in the mouth can easily travel throughout the entire body.

Teeth can also act as mirrors to our internal health, giving clues to sometimes hidden disorders. For example, congenital syphilis can interrupt tooth formation. The upshot? Don’t put off that trip to the dentist.

Incisors are front and center, and they are for biting. They’re the first baby teeth to emerge.

Canines are sharp and used for shredding and ripping apart food.

Premolars are more substantial than canines or incisors, and they are used for grinding and chewing food.

Molars tend to be flatter and wider than premolars, but their function is the same.

Wisdom teeth might have been molar teeth in the days before agriculture, when human jaws were bigger because raw, wild plants and meat were tougher to break down. Changes in culture and diet caused jaws to shrink, leading to overcrowding and impacted wisdom teeth, which may then grow in sideways due to lack of room.

Teeth collect a wealth of information throughout a person’s lifetime — our individual dental records are as unique as fingerprints. A bite mark can be as useful in identifying someone as DNA from a tooth. In modern forensics, scientists can predict with high accuracy age at death, sex, ethnicity, habits and sometimes even occupation using only dental records.

Archaeology benefits from tooth tales, too. Scientists can reconstruct microbiomes from the microbes trapped in plaque. These mini bacterial microcosms can offer clues to ancient lifestyles, behaviors, habits, culture and even social conventions, such as shared kisses and meals. Bacteria in plaque can also tell us about ancient human seasonal migratory patterns based on tracking how bacteria changed in genetic structure over time.

Teeth can divulge lifetime exposure to metals, toxins and other pollutants. And tooth tales aren’t limited to humans. In 2016, an examination of hippo teeth by scientists from the University of Utah and Universität Braunschweig unearthed data about changes in past environment and climate.

A Bite of Biodiversity

What do toothy smiles look like across the animal kingdom? Some are familiar, others more alien. Teeth in nature come in all shapes and sizes.

The spiraling tusk of the narwhal inspired illustrations for the horn of the mythical unicorn. However, this horn is actually an overgrown tooth that projects from the whale’s jaw. The narwhal has no teeth inside its mouth — unexpectedly, since its diet is mostly fish. Even more surprising: The tooth functions as a sensory organ, with millions of nerve connections running through it. Because the tusk can sense changes in seawater salinity, it can help narwhals navigate through different marine environments. They can also use their tusk like a club to stun prey.

The Chinese water deer is the only deer species without antlers, but don’t worry — they have a different defense mechanism going for them. The male deer brandish tiny tusks — 2 inches long, on average — that protrude from their mouths. The animals are a more primitive form than your average white-tailed deer. Most experts believe that antlers evolved after tusks, although both are used to defend against predators.

Sea urchins have teeth made of calcite crystal that are strong enough to chew through rocks. The structure of the crystal matrix in the teeth gives them stability and durability; they continuously grow and self-sharpen.

Parrotfish also have impossibly strong teeth, allowing them to chomp on coral and grind it into fine sand. A network of different interwoven biominerals (such as fluropatite) and crystals mean the teeth are tough and don’t wear down.

The naked mole rat can maneuver each of its teeth independently, similar to chopsticks. Like most rodents, the mole rat has teeth that are always growing and need to be ground down. The chompers are outside the mouth, keeping them from swallowing dirt as they dig. Their teeth can also be used for moving objects, social interactions such as fighting for dominance, and, of course, feeding. Additionally, a vast portion the mole rat’s brain’s somatosensory cortex signals — pain, pressure, temperature — are relayed via the teeth.