Instead of getting the body to attack the virus, treatment strikes the source itself. 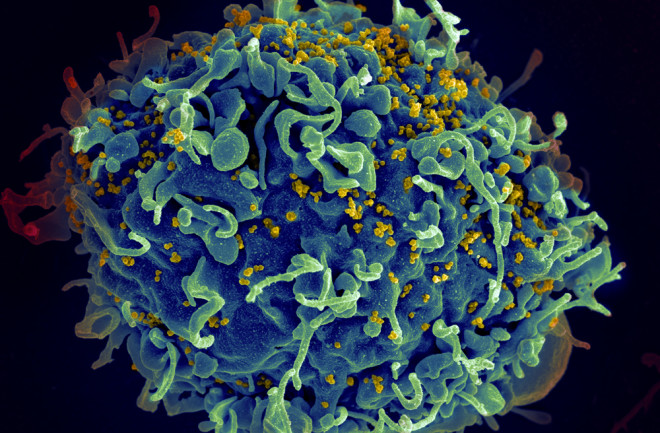 For decades, researchers have been trying — unsuccessfully — to develop a vaccine that spurs the body to attack HIV. But immunologist Michael Farzan of the Scripps Research Institute in Florida published a Nature paper in March that described a way to neutralize the virus itself.

Farzan and his team discovered in their work with monkeys that HIV can’t invade cells if those cells’ two surface receptors are blocked — like a keyhole jammed with gum. Past approaches that tried to neutralize HIV used antibodies that blocked only one receptor at a time. But Farzan and colleagues created a protein inhibitor that mimics an antibody and can block both receptors at the same time. To slip in now, the virus must evolve in ways that will make it less dangerous, Farzan says.

HIV usually anchors to a cell via the CD4 and CCR5 proteins. The new work prevents invasion with a protein inhibitor that binds to both the CD4 and CCR5 sites on the virus. (Credit: Jay Smith)

Rhesus macaques that received the inhibitor were protected against infection from the monkey equivalent of HIV and fought off viral doses higher than any existing vaccine could touch, Farzan says. It now needs further testing in infected monkeys before advancing to human trials.