Swine Flu Was a Warning Shot. How Can We Do Better Against the Next Pandemic?

In 2009, we were caught with our public-health pants down. Preparing for the next big threat will be difficult but not impossible. 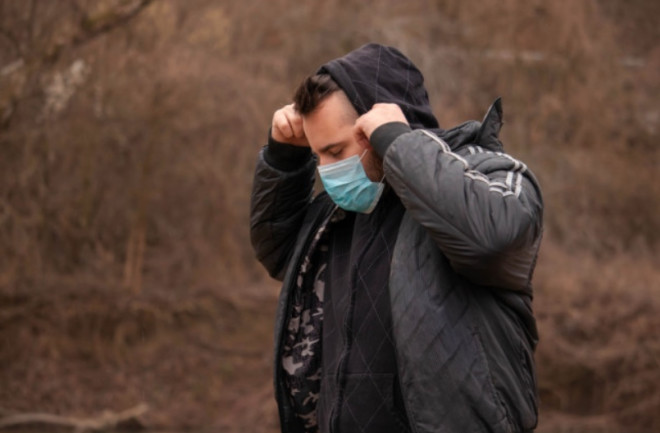 So far, humanity has caught a break with swine flu—despite spreading across the world and reaching pandemic status, it hasn't become a truly horrible killer like the 1918 "Spanish" flu. While there's a chance swine flu could return with a vengeance in the approaching flu season, many public health officials have another worry on their minds: that they never saw it coming in the first place. Swine flu cases came to worldwide attention in March and April, but the virus had been circulating in pigs for years and jumped to humans in late 2008. Can we be better prepared for the the next virus that threatens the health of all humanity?

The thing that makes viruses so hard to track and respond to is their frustrating tendency not to stay put. They jump between species, mutate, and pick up new bits of genetic material, a process called "re-assortment." And based on recent studies, re-assortment is probably more common than scientists have traditionally thought, according to Michael Worobey of the University of Arizona, who helped decode the genetics of swine flu. "RNA viruses"—like West Nile, SARS, and flu—"are the masters of this," he says, because their structure allows them to drop certain chunks of genetic material with ease, and pick up others. As a result, the RNA viruses capable of this feat have shown great ability, or at least potential, to infect and spread through human populations.

Not only does species-jumping make some viruses especially sneaky, it also makes them particularly dangerous, according to Don Burke, a swine flu researcher and dean of the University of Pittsburgh School of Public Health. Those viruses tend to replicate quickly in new hosts, and Worobey's team found that swine flu evolved about 50 percent faster when it moved to people. "The molecular clock is ticking quite a bit faster," Worobey tells DISCOVER. And secondly, they catch our bodies off-guard by bringing in proteins our immune systems have never seen before. Swine flu does that, and then some. Worobey and his colleagues, who worked round-the-clock for three weeks to decode the strain's evolutionary history and then published the results in June in Nature, found that swine flu contains genes ultimately of pig, bird, and human origin, all of which came together in pigs before moving to humans.

So how can we avoid getting caught by surprise by another species-hopping, genome-swapping killer virus? We need to improve our monitoring of flu and other viral strains in animals; that said, monitoring science isn't an exact science, says Burke. Public-health agencies couldn't possibly test entire populations of many millions of pigs, birds, or any other species, so they have to focus where new flu strains could jump to people. The best places, in his opinion, are areas with dense animal populations and food production centers, especially those where humans have contact with blood or fluids. And you'd have to sample all the species that are related closely enough to humans for a virus to jump—pigs, birds, primates, and more. That way one could avoid a repeat the present situation, where no one looked closely enough at pigs to notice how swine flu was spreading and changing. (Despite the 1970's swine flu outbreak in humans at Fort Dix in New Jersey, Worobey says, most people didn't think that the next big outbreak would come from pigs. Health organizations were understandably worried more about avian flu.) Jeff Koplan, vice president of Global Health at Emory University, agrees: At a recent Discover/Big Think/Pfizer-sponsored panel discussion (see video below, beginning at 1:01), he said that public health officials need to pay much more attention to what's happening in veterinary medicine, as one human disease after another has originated in animals.

However, Worobey says, the scary fact is that even with better monitoring we might not be able to prevent a virus from jumping into humans or to even predict that it will happen. At the moment, he says, we don't know of particular signals in viral genomes that show they have the capability to jump. Virulence isn't strongly correlated, either; swine flu was rather mild in swine.

Worobey says that the best thing we can do, once researchers nail down how best to sample people and animals, is to build a catalog of as many viral strains as possible. At present, he says, scientists simply don't have a good database of flu genetics, but genetic-sequencing technology has improved enough to take on the task. Building the genetic catalog could help document the origin of each strain's genes, like his group did for the current swine flu outbreak, but before the next big strains jumps to people. If researchers had known about swine flu months before it made the jump to people, Worobey says (see video above, beginning at 3:21), they would have been far better prepared to create the vaccine and could have done it faster.

In the end, Koplan says, work on the research side to identify new strains and quickly develop vaccines is crucial, because financial constraints mean that preparing for a pandemic on the clinical side can only go so far. Hospitals can only afford so many respirators, isolation rooms, and protective devices. "Given our health-care system," he says (see video above, beginning at 2:06), "we can't afford buying all that you would need for the worst-case scenario, or even a medium-case scenario." Even if the system had that much money, he says, people would want to spend that fortune on more immediate concerns, rather than a future pandemic that might never arrive. So closing the information gap—finding out about a virus strain before it catches us unprepared—is the best way to avoid the worst-case scenario.