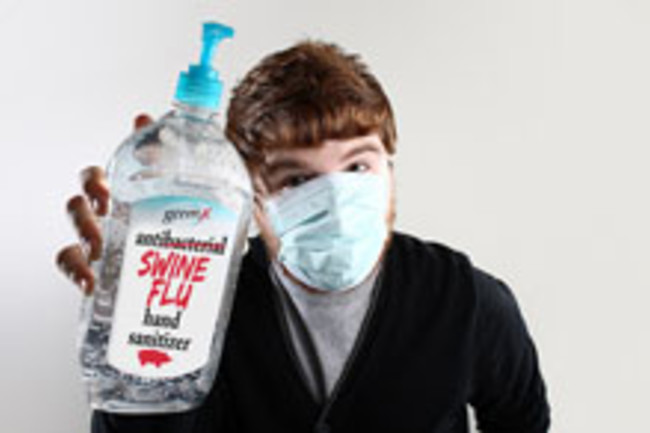 Here you'll find the everything you need to know about swine flu. We recently reported that up to half of Americans could catch the virus, with the illness already spreading rapidly in colleges. Plus the Internet has helped spread panic to critical mass. And we've seen governments try (often ineptly) to stop the flu in its tracks. Now there's another unexpected side effect of efforts to control swine flu worldwide: A prison in Dorset thought they’d stave off the flu by stocking their bathrooms with antibacterial gel. But the prisoners learned pretty quickly that the gel contained alcohol, and began ingesting it. One prisoner was discovered to be drunk after he gulped down a decent amount of the gel. The Guardian reports:

The Prison Service confirmed that this case was being investigated but meanwhile antibacterial gel pumps had been removed as a "precautionary measure". "The suspicion that was reported to us was that some of the inmates had drunk them. Of course some of the officers expressed concerns over potentially having to deal with prisoners who have had a drink," [says Andy Fear, a member of the Verne’s Prison Officers Association]

Hospitals have also been battling the misuse of antibacterial gel, and in one case, it might have actually been responsible for someone’s death. Back in August, patients were reportedly making cocktails by mixing gel with orange juice or soda. [ed. note: They couldn't just round up some morphine? Sure tastes better.] So as swine season approaches, the real question is, what is worse: Having people get drunk on antibacterial gel, or having them get swine flu? If you asked Dr. Sanjay Gupta , he’d probably say the flu. Related Content: Discoblog: U.S. Government Brings In The Muppets To Fight Swine Flu DISCOVER: The Five Worst Government Responses To Swine Flu