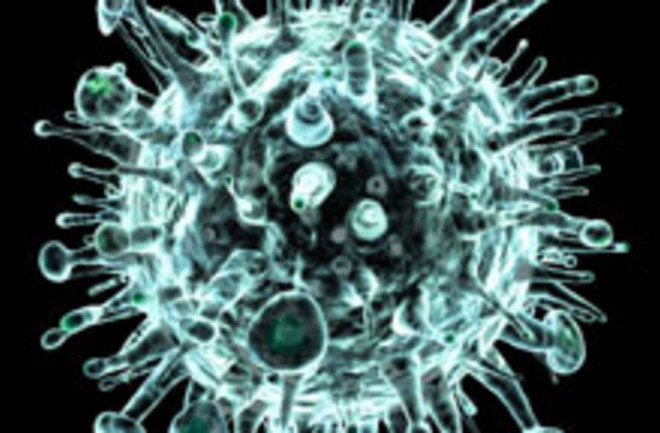 Researchers have revealed that seasonal flu and swine flu cause different symptoms because they have different destinations in the body: the seasonal flu lodges itself mainly in the nasal passages, while the swine flu virus travels into the trachea and lung, and even makes its way to the intestines. It also replicates more quickly and causes more damage than the seasonal flu, according to a pair of studies published in Science. Flu viruses wreak their havoc by binding to molecules on the surface of cells in mammals' respiratory tracts, including humans. But the researchers found that the swine flu binds to surfaces that are unusually deep in the respiratory tract, such as the branches within the lungs known as bronchioles. The scientists used ferrets for the experiments because the animals respond to the flu much the way humans do. Research teams in the United States and the Netherlands found that the new H1N1 flu virus replicated more extensively in the respiratory tract, going to the lungs, whereas the seasonal flu virus stayed in the animals' nasal cavity. The U.S. team also found that the new virus, unlike the seasonal one, went into the ferrets' intestinal tract

[Forbes], which explains the unusual symptoms of nausea and vomiting that some swine flu patients experienced.

Such information could prove crucial to the public health response to the swine flu, which so far has sickened more than 77,000 people worldwide, killing at least 332, according to the World Health Organization. The information about the virus's respiratory targets is of interest because a

virus that binds deep in the lung can trigger potentially fatal pneumonia if the person infected mounts a strong inflammation in response to it.... "The binding and replication of the pandemic H1N1 virus in the lower respiratory tract in ferrets is consistent with the viral pneumonia that is observed in humans" [New Scientist], says Ron Fouchier, lead author of the Dutch study. Viral pneumonia, which can kill within hours, was one reason why the 1918 flu pandemic was so deadly.

Although swine flu caused more severe illness in the ferrets than did seasonal flu, the U.S. study found that swine flu is passed less efficiently than the seasonal flu. The U.S. researchers

said the ferrets in their study didn’t transmit the swine flu strains they used, taken from patients in California, Texas and Mexico, as efficiently as seasonal flu strains. Swine flu doesn’t latch on to healthy cells in the human respiratory tract as easily as seasonal flu because of a genetic mutation.... Inefficient transmission suggests the virus would need to mutate to become as transmissible as seasonal flu or the 1918 pandemic virus [Bloomberg]. The transmission verdict is still out, however, because the Dutch scientists found that both strains were transmitted equally easily.