Suppressing a Sneeze Could Rupture Your Throat 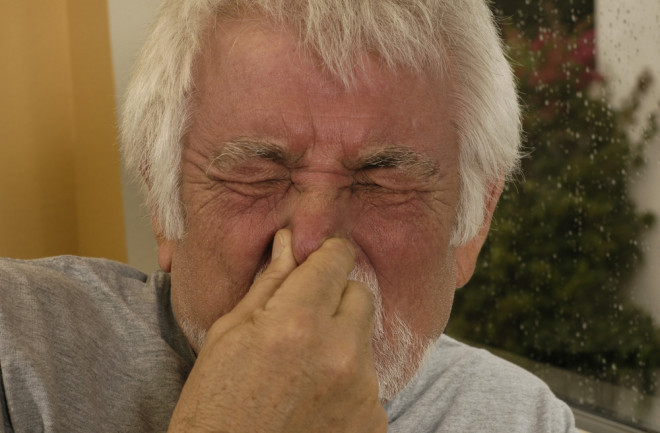 Never do this. (Credit: Shutterstock) Attempting to contain a sneeze could be a recipe for disaster. A 34-year-old patient visited a hospital in the United Kingdom complaining of an extremely sore throat and a dramatic voice change after attempting to suppress a sneeze by pinching his nose and closing his mouth. He told doctors he felt a popping sensation in his neck and noticed immediate swelling after trying to contain the sneeze. When doctors examined him, they could hear crackling sounds—known as crepitus in medical parlance—from his neck to his rib cage. When doctors hear those sounds, it’s typically a sign that air pockets had been forced into the chest cavity—never a good thing. Because the man’s symptoms had potential to cause serious complications, doctors put him on a feeding tube and administered antibiotics until his pain and swelling passed. After seven days, he was released and advised in the future to not block his airways while sneezing.

The man’s condition, which doctors called “spontaneous perforation of the pharynx,” is typically caused by blunt trauma to the neck and can sometimes be a painful consequence of intense coughing, retching or vomiting. Rupturing the throat via a suppressed sneeze, however, is quite rare. “Halting sneeze via blocking nostrils and mouth is a dangerous (maneuver) and should be avoided,” the doctors concluded in their report, which was published Monday in BMJ Case Reports. In addition to perforating your pharynx, slamming your nose and mouth shut mid-sneeze could also perforate the eardrum or rupture a vein in the brain. So, when you feel that tickle in your nose, let all hell break loose—just remember to cover your mouth.