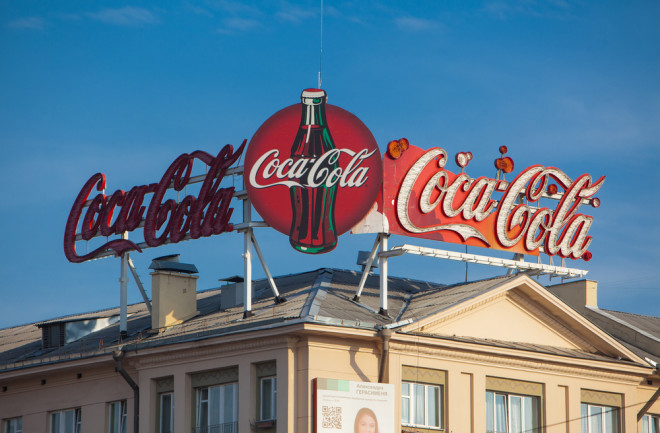 Coca-Cola funds health research at universities. But a new study shows this spending has a dark side. (Credit: Shutterstock)

Coca-Cola has poured millions of dollars into scientific research at universities. But if the beverage giant doesn’t like what scientists find, the company has the power to make sure that their research never sees the light of day.

That’s according to an analysis published in the Journal of Public Health Policy that explains how Coca-Cola uses contract agreements to influence the public health research it financially supports. The paper explains that Coca-Cola uses carefully-constructed contracts to ensure that the company gets early access to research findings, as well as the ability to terminate studies for any reason.

Researchers say this gives the beverage company the ability to squash unfavorable research findings, such as studies that connect the consumption of sugar-sweetened beverages to obesity.

The study’s authors are affiliated with the University of Cambridge, London School of Hygiene and Tropical Medicine, University of Bocconi, and U.S. Right to Know, a nonprofit organization that advocates for greater transparency in the food system. They based their report on Coca-Cola research contracts obtained through numerous Freedom of Information requests, which uncovered over 87,000 pages of documents.

In the stack, the study’s authors found five Coca-Cola research agreements with four universities: Louisiana State University, University of South Carolina, University of Toronto and the University of Washington. Much of the research Coca-Cola supports is related to nutrition and physical activity. While their analysis focused on Coca-Cola, the researchers say that these types of contracts aren’t unique in the world of corporate-sponsored science.

As the U.S. government spends less on research, corporate sponsors are kicking in — but not always for the common good. POM, Monsanto and PepsiCo have sponsored health studies related to their products. But by revealing how just one company can influence and even kill studies without reason, the study's authors make the case for greater transparency in corporate-sponsored scientific research.

In parsing the fine print of these contracts, researchers found that Coca-Cola is entitled to review studies before they’re published, can provide comments on the research, and has the right to terminate research projects at any time, without reason. Contractual provisions also ensured that Coca-Cola maintained intellectual property rights connected to the research.

Although the researchers didn’t uncover concrete examples of Coca-Cola concealing research findings that could be harmful to the company, the researchers say it’s telling that these restrictive contractual clauses exist in the first place. “Coca-Cola is writing into some of its research agreements the ability to influence — and even kill — its research projects.

"This is very significant,” said study author Gary Ruskin, who is also co-director of U.S. Right to Know, in an email. “One of the tenets of the scientific method is that the outcomes of experiments are not predetermined. But in some cases, Coca-Cola had the power to predetermine scientific outcomes, in that it could kill the studies if they turned out badly for Coca-Cola and its profits. That's not science. It's public relations.”

The study’s authors uncovered email exchanges showing scientists and university officials discussing Coca-Cola contract agreements. In one such email, a scientist expressed uncertainty over a study termination and expressed concerns over intellectual property ownership. In another email exchange, a scientist at another university remarked that their contract was "very restrictive for an unrestricted grant."

It’s not the first time the public is hearing about Coca-Cola’s questionable involvement in scientific research. A few years ago, Coca-Cola disbanded its Global Energy Balance Network, a group led by scientists and created by Coca-Cola.

The group was criticized by the public health community for promoting the idea that lack of exercise, not poor diet, was primarily responsible for the obesity epidemic. The paper's authors say the findings call into question the company’s motivations for funding health research.

They are calling on Coca-Cola and other corporate backers of scientific research to publish lists of terminated studies. Ruskin said that journals should require scientists to share any research agreements with corporate funders and make them accessible.

In a statement from the company, Coca-Cola said “we agree research transparency and integrity are important,” but did not comment on specifics for this story.

More From Discover
Health
This is Your Brain Off Alcohol
Health
Is Crying Good For You?
Health
What Legalizing Marijuana Does to Synthetic Poisoning Cases
Health
Social Isolation Increases Risk of Cardiovascular Issues
Health
For Vegans, Lifting Weights May Help Keep Bones Strong
Health
Choosing What Music You Listen To Could Relieve Pain
Recommendations From Our Store
My Science ShopDiscover STEM Kits
My Science ShopDiscover 2022 Calendar
My Science ShopStrange Science
My Science ShopElements Flashcards
Shop Now
Stay Curious
Join
Our List