Study reveals that women date men who look like their brothers. 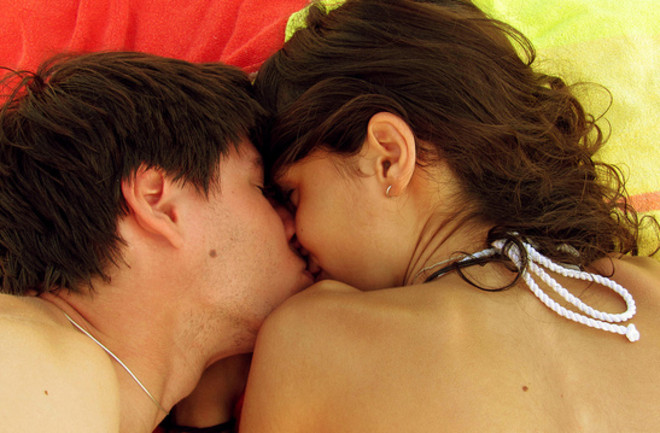 Image: Flickr/EleazarIncest is generally not a good idea because children born of closely related parents can end up with genetic diseases. But some amount of genetic similarity between parents can actually be evolutionarily advantageous, as genes that evolve together tend to work best with each other in a given environment. So how do people select "optimally similar" mates? Well, these scientists hypothesized that mating with a distant relative might satisfy both ends: the relationship would be distant enough to make genetic diseases unlikely, but would be close enough to keep the offspring's genes compatible. To test this idea, they had volunteers submit photos of their brothers and boyfriends, and had participants judge how similar the two photos were, among other random photos. The scientists found that the participants judged the woman's boyfriend to be more similar to the brother than 3 random people, by a small but statistically significant amount (27% versus 25% by chance). This doesn't mean that the women were attracted to their brothers, but that they chose partners that looked like their brothers. Perhaps this is the impetus behind "kissing cousins"...? Facial resemblance between women's partners and brothers. "Research on optimal outbreeding describes the greater reproductive success experienced on average by couples who are neither too closely related, nor too genetically dissimilar. How is optimal outbreeding achieved? Faces that subtly resemble family members could present useful cues to a potential reproductive partner with an optimal level of genetic dissimilarity. Here, we present the first empirical data that heterosexual women select partners who resemble their brothers. Raters ranked the facial similarity between a woman's male partner, and that woman's brother compared to foils. In a multilevel ordinal logistic regression that modeled variability in both the stimuli and the raters, there was clear evidence for perceptual similarity in facial photographs of a woman's partner and her brother. That is, although siblings themselves are sexually aversive, sibling resemblance is not. The affective responses of disgust and attraction may be calibrated to distinguish close kin from individuals with some genetic dissimilarity during partner choice." Related content: How many notches on your bedpost make you most attractive? The answer might surprise you.Drinking alcohol actually makes your face more attractive.People prefer mates with a 22% resemblance to themselves.