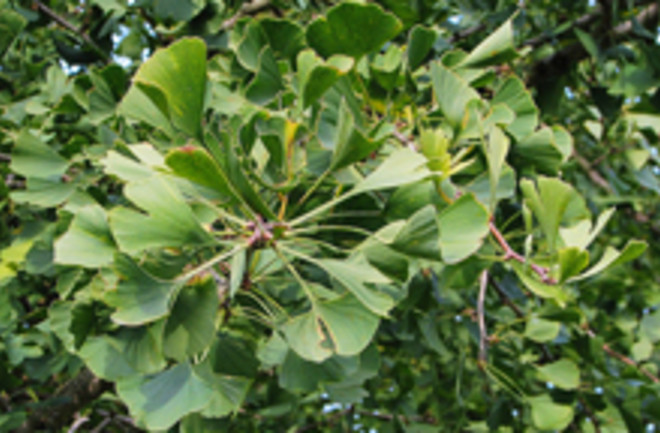 This week, a eight-year double-blind study of the nutritional supplement ginkgo biloba finally reached the pages of the Journal of the American Medical Association. Many health food stores sell ginkgo supplements to people who are hoping to improve their wits and memory, and particularly to elderly people worried about cognitive decline and dementia. But the conclusion by lead researcher Steven DeKosky? Save your money.

In the GEM [Ginkgo Evaluation of Memory] study, participants aged 72-96 years with little or no cognitive impairment were recruited from four communities in the eastern United States and received either a twice-daily dose of 120-milligrams of extract of G biloba or an identical-looking placebo [AFP]

. For the more than 3,000 study participants, researchers found no difference in age-related cognitive decline—including the incidence of dementia or Alzheimer's—between ginkgo takers and placebo takers. What about younger people taking ginkgo?

The findings don't necessarily apply to acute use of the extract -- or to younger patients who are attempting to prevent disease many years in the future. Yet DeKosky noted that "there's nothing about antioxidants that would make you think they'd help in the short-term" [ABC News]

More From Discover
Health
What is Epilepsy and What Should We Know About it?
Health
What is Long COVID and What are the Symptoms?
Health
Feeling Sleepy After a Thanksgiving Meal? It Might Not Be the Turkey
Health
The Surprising History of the Bidet Started with the Wealthy and Brothels
Health
How These Top 10 Favorite Thanksgiving Dishes Impact Your Health
Health
There's a New Group of Blood Types — Here's Why it’s Important
Recommendations From Our Store
My Science ShopDiscover STEM Kits
My Science ShopDiscover 2022 Calendar
My Science ShopStrange Science
My Science ShopElements Flashcards
Shop Now
Stay Curious
Join
Our List