Study finds that women who are ovulating are more into kissing. 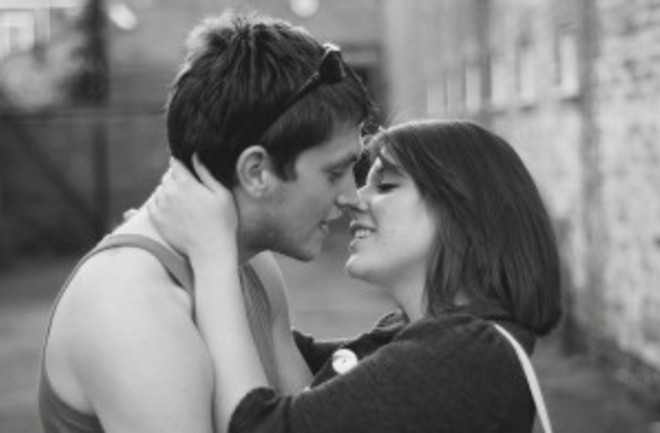 Over the years we've featured a number of studies that attempt to associate ovulation with specific (and often complicated) behaviors in women, ranging from the accuracy of their gaydar to their likeliness to vote Republican or Democrat. In this study, the researchers used an "international online questionnaire" to determine whether women's opinions of romantic kissing changes through their menstrual cycle. And sure enough, ovulating women felt that kissing was more important in the initial stages of the relationship than women who were not ovulating, and this association was related to hormone levels. Not only that, but ovulating women also placed more weight on the "pleasantness of a man's breath", which the authors suggest could be related to detecting pheremones. Although this study did not determine if ovulating women like kissing as a result of an overall increase in sexual appetite or whether it somehow helps a woman assess potential mates, we're pretty sure that study is being done; scientists sure do like ovulating women!

Menstrual cycle effects on attitudes toward romantic kissing. "Hormonal changes associated with the human menstrual cycle have been previously found to affect female mate preference, whereby women in the late follicular phase of their cycle (i.e., at higher risk of conception) prefer males displaying putative signals of underlying genetic fitness. Past research also suggests that romantic kissing is utilized in human mating contexts to assess potential mating partners. The current study examined whether women in their late follicular cycle phase place greater value on kissing at times when it might help serve mate assessment functions. Using an international online questionnaire, results showed that women in the follicular phase of their menstrual cycle felt that kissing was more important at initial stages of a relationship than women in the luteal phase of their cycle. Furthermore, it was found that estimated progesterone levels were a significant negative predictor for these ratings." Related content: NCBI ROFL: Women's gaydar improves during ovulation.NCBI ROFL: Do women prefer more complex music around ovulation?Ovulation makes single women more likely to vote for Barack Obama.