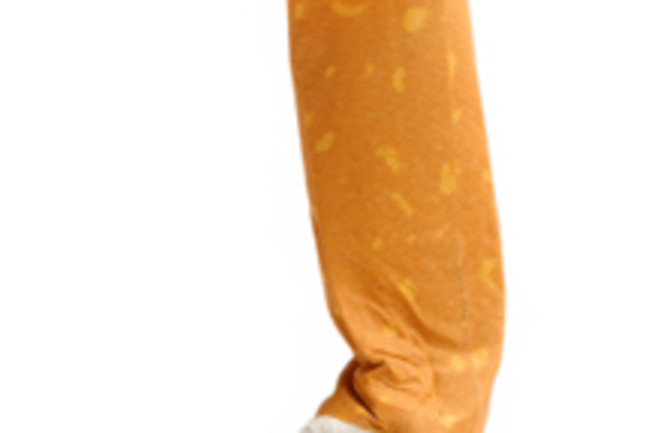 The results were so staggering that they stopped the study ahead of schedule to get the word out: A giant study by the National Cancer Institute of more than 50,000 heavy smokers has found a 20 percent reduction in deaths among patients who received a CT scan to catch potential cancer as opposed to a simple X-ray.

"This is huge," said Dr. Reggie Munden, a University of Texas M.D. Anderson diagnostic radiologist who led the research conducted at the Houston cancer center, one of 33 sites nationally. "It's a massive ray of hope that we can now offer a scientifically proven test to people at risk of lung cancer and pick up tumors before they're considered lethal." [Houston Chronicle]

Participants in the study, which began in 2002, had smoked about a pack a day for at least 30 years (or the equivalent—two packs for 15 years). They received a screening via either CT scan or X-ray three times a year. While the X-ray group lost 442 people to lung cancer, the CT group saw only 354 lung cancer deaths.

The technology involved in the screening is called low-dose spiral CT imaging, in which a complete three-dimensional image of the chest cavity can be produced during the duration of one held breath. The technology is much more sensitive than a conventional chest X-ray, but also exposes the patient to much more radiation — about the same amount associated with a conventional mammogram, according to Dr. Denise R. Aberle of UCLA's Jonsson Comprehensive Cancer Center, the principal investigator of the study. [Los Angeles Times]

Now, though, the NCI's exciting finding gets into the nitty-gritty of health care: money. A CT scan costs $300-400 or more, and at present, most insurance doesn't cover the test for a lung cancer screening. That could change based on studies like this, but with millions of smokers and former smokers in the United States, it could add up to yet another gigantic medical expense. And while the CT scans were a clear success in finding early lung cancer, there's always the concern of too much of a good thing:

Some expressed concern that the findings might lead to an increase in the number of people undergoing unnecessary screening. The scans found abnormalities in about 25 percent of those screened, but most turned out to be false alarms. "As with any study of screening, there are also potential harms to be considered, such as potential overdiagnosis and needless surgeries," said Otis W. Brawley, the American Cancer Society's chief medical officer. "We have learned from the long-term analysis of other screening tests, such as mammography, that it is important to consider both benefit and harms associated with the test." [Washington Post]