Slug mucus inspires creation of a synthetic glue that could be useful for surgeons. 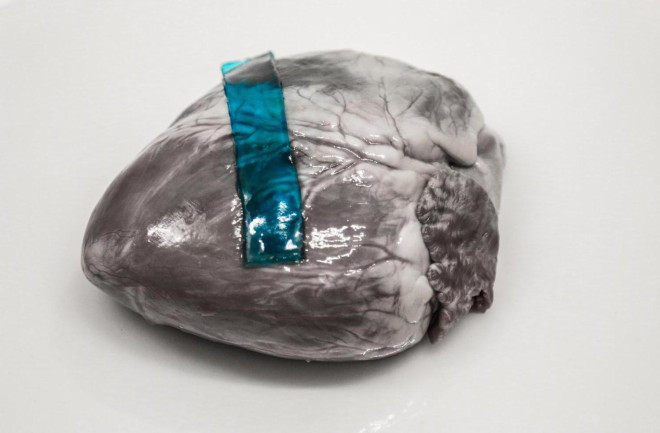 Bioengineers inspired by slug secretions have created an adhesive that sticks to even wet biological tissues. (Credit: Wyss Institute at Harvard University)

To protect themselves against against predatory birds, some slugs have evolved to produce a defensive mucus that secures them to virtually any surface. Strong, stretchy and effective even in wet environments, the adhesive could also be useful for surgeons struggling to plug and patch patients’ slippery organs — if only the substance could be efficiently manufactured.

Harvard University bioengineer Jianyu Li has now mimicked this slug mucus in the lab, making synthetic glues using extracts from shrimp shell and algae. “Our adhesives are engineered to copy the essential biochemical and microstructural characteristics of the mucus,” he says.

Like defensive mucus, Li’s concoctions can bond surfaces chemically, physically and electrostatically. Initial tests, reported in July in Science, have demonstrated effective adhesion to animal hearts and livers, as well as cartilage and arteries. The slime that saves slugs’ lives could do the same for humans.