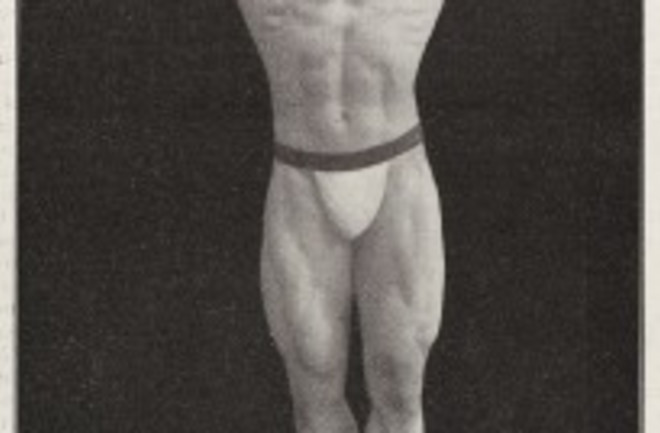 Photo: Wikimedia CommonsIf you're a fan of muscley men, listen up: those guns might come at the cost of a man's fertility. In this study (published in the journal Animal Behavior

, because we ain't nothin' but mammals), the researchers report that physical strength in men, while seen as attractive by women, is also associated with "lower ejaculate quality." Boxer shorts, anyone?

Perceived physical strength in men is attractive to women but may come at a cost to ejaculate quality "Studies of sexual selection acting on physical strength in humans have focused mostly on its role in premating male–male competition. Recent theoretical frameworks suggest that male strength could be subject to trade-offs with postmating sperm competitiveness. Here, we examined whether male strength is linked to ejaculate quality. We also asked whether strength is attractive to women and affects male self-reported mating success. Perceived strength was negatively associated with ejaculate quality as predicted by the trade-off hypothesis. Perceived strength positively predicted attractiveness and both perceived strength and attractiveness shared similar variance in predicting self-reported mating success. Our findings indicate that despite the benefits to premating sexual selection, having greater strength may come at a cost to sperm competitiveness." Related content: Does wearing tighty whities kill your sperm count?Low sperm count? Time to put down the sausage.Flashback Friday: Is it physically possible for a man to sire over 800 children?