Straight women would rather get dating advice from gay men than other women. 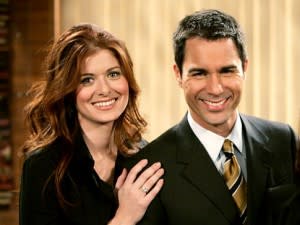 The "gay best friend" has become a common fixture in pop culture, from Will on "Will and Grace" to Titus Andromedon on "Unbreakable Kimmy Schmidt". These researchers set out to define exactly why straight women find friendships with gay men to be especially valuable. Based on a series of scenarios presented to female college student volunteers, the scientists found that straight women trust gay men more in dating scenarios because a) the men are not competing with them for mates (unlike other straight women), and 2) the gay men are not interested in mating with the women themselves. This lack of ulterior motives made the men more trustworthy with regard to dating, but not other contexts. Maybe this also explains why the reverse relationship (lesbian women and straight men) is not really a thing?Why (and When) Straight Women Trust Gay Men: Ulterior Mating Motives and Female Competition "Previous findings indicate that heterosexual women experience a greater sense of comfort and trust in their friendships with gay men than in their friendships with heterosexual individuals. In the present studies, we tested a hypothesis that not only explains why women exhibit increased trust in gay men but also yields novel predictions about when (i.e., in what contexts) this phenomenon is likely to occur. Specifically, we propose that gay men’s lack of motives to mate with women or to compete with them for mates enhances women’s trust in gay men and openness to befriend them. Study 1 demonstrated that women placed greater trust in a gay man’s mating—but not non-mating (e.g., career) advice—than in the same advice given by heterosexual individuals. Study 2 showed that women perceived a gay man to be more sincere in scenarios relevant to sexual and competitive mating deception. In Study 3, exposing women to a visualization of increased mating competition enhanced their trust in gay men; when mating competition was salient, women’s trust in mating information from a gay man was amplified. Study 4 showed that women who perceived higher levels of mating competition were more open to befriending gay men. Together, these converging findings support our central hypothesis, which not only provides a distal explanation for the trust that straight women place in gay men, but also provides novel insights into previously unidentified contexts that facilitate the formation and strengthening of this unique bond." Related content: Gay men’s preferences for “top” vs. “bottom” can be judged by their face.Do lesbians have better gaydar than straight women?Study finds that women who are ovulating are more into kissing.