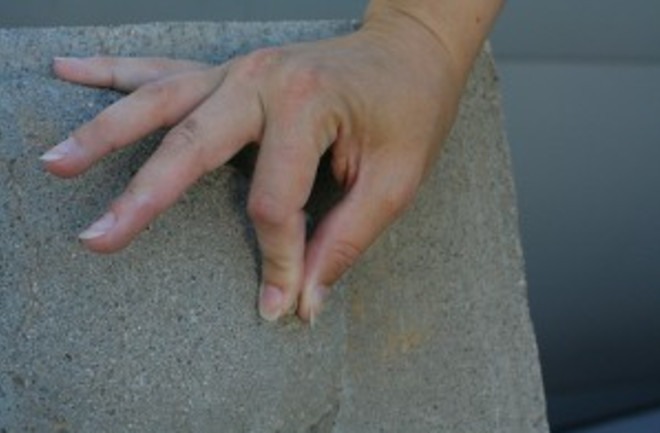 Image: flickr/Kelly TeagueIf you are anything like me, you are completely over being pinched on Saint Patrick's Day. So the next time you're "punished" for not wearing green on Saint Patrick's day, instead of launching into a rant about how your lack of Irish ancestry should make you immune to groping fingers, whip out this scientific analysis of pinching. I'm betting the details of the forces involved (and the digits from which they originate) will provide ample revenge. You're welcome.Directional coordination of thumb and finger forces during precision pinch. "The human opposable thumb enables the hand to perform dexterous manipulation of objects, which requires well-coordinated digit force vectors. This study investigated the directional coordination of force vectors generated by the thumb and index finger during precision pinch. Fourteen right-handed, healthy subjects were instructed to exert pinch force on an externally stabilized apparatus with the pulps of the thumb and index finger. Subjects applied forces to follow a force-ramp profile that linearly increased from 0 to 12 N and then decreased to 0 N, at a rate of ± 3 N/s. Directional relationships between the thumb and index finger force vectors were quantified using the coordination angle (CA) between the force vectors. Individual force vectors were further analyzed according to their projection angles (PAs) with respect to the pinch surface planes and the shear angles (SAs) within those planes. Results demonstrated that fingertip force directions were dependent on pinch force magnitude, especially at forces below 2 N. Hysteresis was observed in the force-CA relationship for increasing and decreasing forces and fitted with exponential models. The fitted asymptotic values were 156.0 ± 6.6° and 150.8 ± 9.3° for increasing and decreasing force ramps, respectively. The PA of the thumb force vector deviated further from the direction perpendicular to the pinching surface planes than that of the index finger. The SA showed that the index finger force vector deviated in the ulnar-proximal direction, whereas the thumb switched its force between the ulnar-proximal and radial-proximal directions. The findings shed light on the effects of anatomical composition, biomechanical function, and neuromuscular control in coordinating digit forces during precision pinch, and provided insight into the magnitude-dependent force directional control which potentially affects a range of dexterous manipulations." Related content: NCBI ROFL: Floor vibration response to Irish dancing. NCBI ROFL: St. Paddy's Day special: Surprise! Drinking makes the Irish more aggressive! NCBI ROFL: Saint Paddy’s Day Bonus: Not so luck of the Irish.