Spinoza: genius is as genius does 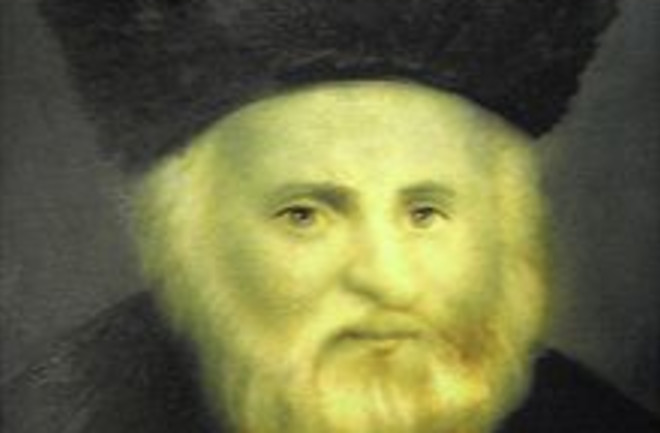 An Emperor of Nothing This morning in Slate I encountered a rather peculiar piece, The Original Jewish Genius: How the Gaon of Vilna helps explain Jewish intellectual achievement.

The reason I found this piece peculiar is that it strikes me as something of a rewriting of the conventional historical narrative for anyone who is not what we today term an Orthodox Jew.

The Gaon of Vilna may have been a luminescent mind, but a figure such as Moses Mendelssohn, also an Ashkenazi Jew of approximately the same period, is much more the spiritual ancestor of the typical modern Jewish intellectual, who synthesizes their cultural identity within the broader currents dominant in the gentile milieu. The Gaon of Vilna was the culmination of over 1,000 years of Rabbinal Judaism, an intellectual tradition which had marginal impact on the gentile world, as Christianity and Islam sealed off the Jews from the outside in the centuries after the Babylonian Talmud came into being. The Lithuanian Mitnagdim who looked to the Gaon ultimately became foes of the Jewish Enlightenment, which witnessed the emergence of identified Jews as prominent figures in Western civilization for the first time in 2,000 years (since Josephus and the Jewish courtiers who were familiars with the Julio-Claudians). In short the Gaon of Vilna is rightly a marginal figure from a gentile perspective, no matter his parochial brilliance. There is a Jew who preceded him by generations who is much more relevant to modern Jew and gentile alike.Baruch Spinoza, a Sephardic Jew who grew up in the Netherlands, and came from a religiously fluid community fleeing persecution in Iberia. Not surprisingly Spinoza is the individual who Albert Einstein credits as being most philosophically influential upon his thought. While the Gaon of Vilna was the object of acclaim during his life from his people, Baruch Spinoza was an outcast. A religious heretic who was melodramatically excommunicated by the Jews of Amsterdam, his Christian correspondents were also discomfited by the reality that Spinoza's flight from Judaism did not entail an acceptance of Jesus Christ. Rather, Spinoza's metaphysical views prefigured the Deism which came to be so dominant during the Enlightenment. If ever there was a patron saint of contemporary cosmopolitan individualists, it was Baruch Spinoza.

Neither Jew nor gentile, just a man With hindsight some of Spinoza's rationalist fancies strike us as naive. And the certainly he must be held to account for the excesses of Enlightenment hubris. Spinoza did not grasp the limits of human analytic capacities. But no one denies that Spinoza was a great figure in Europe's 17th century Republic of Letters. He looks forward to a secular world which takes seriously the abstruse contemplation reminiscent of the pre-Socratics. The Gaon of Vilna was a prefection of the past, while Spinoza was a coarse prototype of the future. To understand why I say this, consider this passage from The Essential Talmud:

However great the scope of Torah, the sages were never concerned with scientific speculation for its own sake and displayed no interest whatsoever in philosophy, whether in its Classical Greek, Hellenistic, or Roman versions. Talmud study of subjects correspondending to general philosophy is constructed in a totally different fashion. Similarly, the sages wer indifferent to science itslf, whether astronomy, medicine, or amthematics. In these, as in other spheres of science and knowledge, they recognized only the boundaries of Torah and they studied these matters on only two planes, dealing with science only wen it related directly to halakhah and with the natural sciences only when there were general ethical and ideological implications.

To a great extent I find this sort of passage damning of the intellectual jewel of Rabbinical Judaism, the elaboration of Jewish law. Because of the occupational constraints of Ashkenazi Jews, and their narrow ecological niche as an non-agricultural minority, the development of a religious specialist class whose stock and trade was extensive commentary and interpretation of law is not entirely surprising. But it is also totally parasitic upon the genuine productivity of a society. The reality is that for a society to flourish you do not need thousands of ethical rules to follow. Like many investment bankers and "patent troll" attorneys the great rabbis of yore many have had fast processing units, but they did not utilize them toward productive ends. In modern Israel the haredi, many of whom are direct descendants of the Gaon of Vilna's Mitnagdim, exhibit a parasitical relationship to the Jewish mainstream.

Ali Sistani Of course this institutionalized flight toward obscurantism is not limited to Jews. Muslims have a similar legal tradition to Jews, and historically the "best and brightest" have been drawn to this domain. Many of my own recent ancestors have been ulema in the Hanafi tradition of Sunni Islam. The same sort of hagiography of the great rabbis occurs with Muslim eminences, such as the ayatollahs of Shia Islam, who are termed "proof of Islam" if they have mastered an eclectic array of frankly useless intellectual skills. Genius is more than just cleverness and flexibility of mind. It is the application of that mental acuity to problems of broader general relevance which make a permanent impact upon history. Baruch Spinoza was a genius who just happened to be born a Jew. The Gaon of Vilna was a genius about things pertinent to Jews. If there ever was a "Jewish physics," it would be of far less interest than just plain physics.