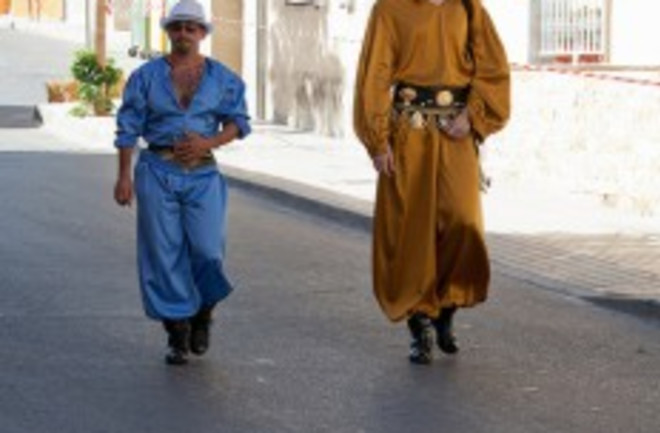 Photo: flickr/elwilloAlthough there are many cultural stereotypes about what types of men have the most sex, there have been surprisingly few scientific studies that actually test these ideas. This recent article describes one such study, and it turns out that most of the results are not terribly surprising. When comparing men's sexual activity levels based on characteristics such as age, height, weight, and health, the younger, fitter men tended to get more play. However, we were surprised to see that "coital frequency was higher among men with a height of less than 175 cm." (For those of you who are metrically challenged, that turns out to be about 5 ft 9 inches.) So there you have it, shorter men have more sex. So much for "tall, dark, and handsome"?Sexual Activity of Young Men is Not Related to Their Anthropometric Parameters. "INTRODUCTION: Many articles have been written about the deterioration of male sexual function, mainly in relation to metabolic diseases and aging. With younger men, unless they have a complaint, sexual issues are rarely discussed during medical consultations. No articles could be found about anthropometric parameters as factors potentially influencing sexual performance. AIM: The aim of this study was to find the anthropometric parameters with the closest correlation with sexual activity. MAIN OUTCOME MEASURES: Main outcome measures included self-reported weekly intercourses, age, body weight and height, body mass index (BMI), and waist circumference. METHODS: Data for 531 heterosexual men aged 20-54 years were collected in three andrological centers. Past and recent morbidity, medications, and some lifestyle elements were recorded; anthropometric parameters were measured; and andrological examination was performed. The average weekly number of intercourses was asked confidentially. RESULTS: The mean weekly coital frequency (±SD) was 2.55 ± 1.08. The highest self-reported weekly coital frequency was recorded for men between the ages of 25 and 29 (3.02 ± 1.27). Coital frequency was higher among men with a height of less than 175 cm (2.69 ± 1.24), weight of less than 78 kg (2.74 ± 1.18), normal BMI (2.74 ± 1.16), normal waist circumference (2.69 ± 1.19), and no metabolic disease (2.57 ± 1.11). Logistic regression described an inverse, statistically significant association between age and coital frequency, with the following odds ratios for coital frequency (ORcf ): ORcf≥2 = 0.932, P < 0.001; ORcf≥2.5 = 0.935, P < 0.001; ORcf≥3 = 0.940, P < 0.001; ORcf≥3.5 = 0.965, P = 0.041. Among men who reported a coital frequency of more than 3.5 times a week, waist circumference (ORcf≥3.5 = 0.986, P = 0.066) showed borderline association with lower sexual activity, while lesser height (ORcf≥3.5 = 0.951, P = 0.005) was associated with higher activity. CONCLUSION: In this study's age range, none of the examined anthropometric parameters was perfectly correlated with sexual activity. Obesity and metabolic diseases can cause all types of sexual function to deteriorate in older age, whereas their effects may not yet be prominent at younger ages (below 45 years). Health promotion for all ages should focus on prevention of obesity so as to improve quality of life and sexual health." Related content: NCBI ROFL: Living large: The powerful overestimate their own height.NCBI ROFL: Why women like men in red cars.NCBI ROFL: Why poor, hungry men prefer bigger breasts.