Sons of the farmers, the origins of Africans 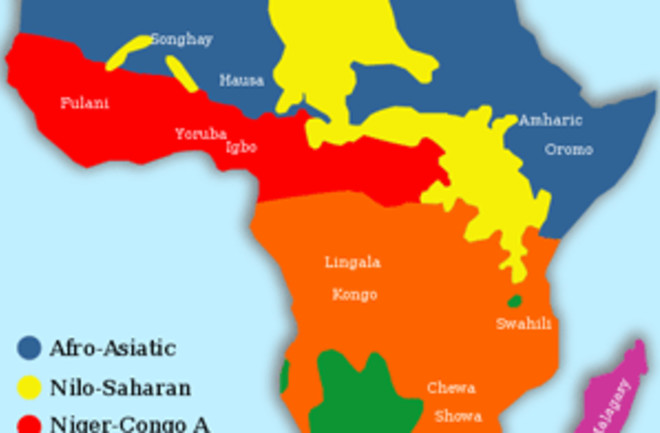 Most readers at this point are aware that I am very curious as to the origin of Europeans at the interface of hunter-gatherer populations and Neolithic farmers. What we thought we knew around the year 2000 does not seem to align very well with the conflicting results coming out of recent analyses. There is no ascendant consensus at this point. All possibilities are still in the field of play. Part of the issue of course is that the spread of farming in Europe was a prehistoric affair, very far back in time. There have been several cultural, and possibly demographic, revolutions in Europe since the arrival of the first farmers. Pulling apart the manifold layers of the palimpsest is a task of great difficulty, and the confident results utilizing the tools of the past should make us cautious of the inferences of the present. This is why I believe focusing on case-studies such as Japan are essential. From a range of specific cases we may infer general patterns, which will then allow us to have firmer ground when making conjectures about times and places where the empirical results can not resolve conflicts of opinion. Japan is an island which made the transition to agriculture relatively late, so the fog is a bit less daunting than is the case with prehistoric Europe. Africa is perhaps even a better case: the Bantu expansion is very recent, having reached its stable frontier only within the last ~1000 years. If it is true that Phoenicians circumnavigated Africa in the ~600 BC, then they would have encountered many non-Bantu groups south of Kenya at that time. Linguists have long noted the similarities of the Bantu languages from north to south, but the genetic similarities also exist. Here's a figure from the Bushmen paper in Nature:

Eigenvector 1 explains three times as much genetic variance as eigenvector 2, so you can see how diverse Bushmen are, as well the fact that geography does not explain genetic distance in this case. Here's a figure from The Genetic Structure and History of Africans and African Americans:

The Hazda, Sandawe, Pygmies, and Khoesan (Bushmen, Nama, etc.), are often considered 'relic' populations. Remnants of diverse groups which were marginalized or absorbed by the Bantu in their expansion south and east from their urheimat. And it is interesting that the Khoesan are on the same branch as the Mbuti Pygmies of the eastern Congo, who are a particularly distinctive group genetically. The Hadza and Sandawe are non-Bantu populations in Tanzania. They also seem to speak languages with some affinity to that of the Khoesan. The "long branch" of the Hadza suggests genetic drift through a population bottleneck. As the last hunter-gatherers of East Africa it is likely that there has been very little gene flow between themselves and the farming majority, so their effective population has been low. This seems to be another case where farmers rapidly exploded demographically and totally marginalized hunter-gatherers. The widespread presence of Khoesan and Pygmies is obviously a function of ecology. In the cooler and dry lands of southwest Africa the Bantu crops did not flourish. Additionally, some of the Khoikhoi became herders. Similarly, the deep rainforest was not congenial to agriculture either. In the comments below Randy McDonald asks:

Razib: Might the implications of the outcompetition of the Jomon be more proof that genetic diversity among humans today has shrunk considerably from the period predating the expansion of agricultural civilizations?

We often talk about Africa's genetic diversity. What if what we see across much of the continent is actually greatly diminished from what it once was? It was famously reported last winter that Bushmen seem to differ genetically amongst themselves more than Europeans and Asians do. These two latter groups have been separate for at least 40,000 years. Granted, Eurasians went through a bottleneck "Out of Africa," but the great diversity of the Bushmen is possibly a last compressed snapshot of what was before the Bantu expansion. So now we seem to have two cases where prehistory is close enough to ascertain that farmers nearly replaced hunter-gatherers. More later....