Some Lucky Amish People Have a Mutation for Superior Fat Breakdown 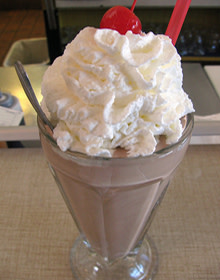 Researchers recently went to an Amish community in Pennsylvania with an odd request: Will you drink milkshakes for the sake of science? In a study about cardiovascular health and genetics that had more than 800 Amish people slurping high-fat shakes, researchers discovered that about five percent of their subjects had

a genetic mutation that defends the heart against the effects of a high-fat diet—specifically, breaking down triglycerides, those fats that clog arteries like hair in your bathroom drain [Newsweek].

In the study, published in Science [subscription required], Amish men and women agreed to drink

a rich milkshake that was made mostly of heavy cream. Over the next six hours, a group of investigators took samples of their blood, determining how much fat was churning through their bloodstreams. Most of the study participants responded as expected — their levels of triglycerides, a common form of fat in the blood, rose steadily for three to four hours and then declined. But about 5 percent had an extraordinary reaction: their triglyceride levels started out low and hardly budged [The New York Times].

A genetic scan determined that those unusual volunteers all have a mutation that disables one of two copies a gene called APOC3, which codes for a protein that slows the breakdown of triglycerides. These people not only break down fats faster than other study participants, they also have lower levels of the "bad cholesterol" LDL and higher levels of the "good cholesterol" HDL, and show fewer signs of hardening arteries and heart disease. The researchers deliberately conducted their study among the

Old Order Amish in Lancaster County, Pennsylvania--a group whose members marry each other and have little contact with the outside world. The genetic similarity among this group makes it easier to search for disease genes [ScienceNOW Daily News].

“If you had a drug to turn off the gene to prevent as much APOC3 [protein] being made, this study suggests that that would be beneficial to do.” But he added that there were no such drugs on the immediate horizon [The New York Times].