Soloists can't tell the difference between old and new violins. 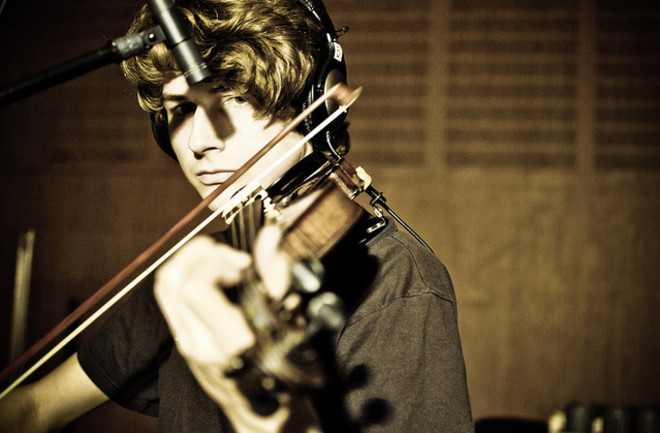 Photo:flickr/Jonas BodenhöferMusicians have long believed that old Italian violins sound the best, and there have been numerous "explanations" for why this is likely to be true. But these scientists are here to set the record straight. Rather than trying to determine which physical characteristics of old Italian violins make them so great, they decided to test whether old violins actually sound better at all. To do this, they performed a double-blind test (meaning neither the person handing the violin to the musician, nor the musician him/herself, knew the age of the violin) of both old and new violins. It turns out that even trained soloists could not tell the difference between old and new violins, and in some cases they actually preferred the new ones. Once again, we have fooled ourselves.Soloist evaluations of six Old Italian and six new violins. "Many researchers have sought explanations for the purported tonal superiority of Old Italian violins by investigating varnish and wood properties, plate tuning systems, and the spectral balance of the radiated sound. Nevertheless, the fundamental premise of tonal superiority has been investigated scientifically only once very recently, and results showed a general preference for new violins and that players were unable to reliably distinguish new violins from old. The study was, however, relatively small in terms of the number of violins tested (six), the time allotted to each player (an hour), and the size of the test space (a hotel room). In this study, 10 renowned soloists each blind-tested six Old Italian violins (including five by Stradivari) and six new during two 75-min sessions-the first in a rehearsal room, the second in a 300-seat concert hall. When asked to choose a violin to replace their own for a hypothetical concert tour, 6 of the 10 soloists chose a new instrument. A single new violin was easily the most-preferred of the 12. On average, soloists rated their favorite new violins more highly than their favorite old for playability, articulation, and projection, and at least equal to old in terms of timbre. Soloists failed to distinguish new from old at better than chance levels. These results confirm and extend those of the earlier study and present a striking challenge to near-canonical beliefs about Old Italian violins." Related content: NCBI ROFL: Do women prefer more complex music around ovulation? NCBI ROFL: I still think listening to country music is degrading. NCBI ROFL: 'Lager, lager shouting': the role of music and DJs in nightclub disorder control.