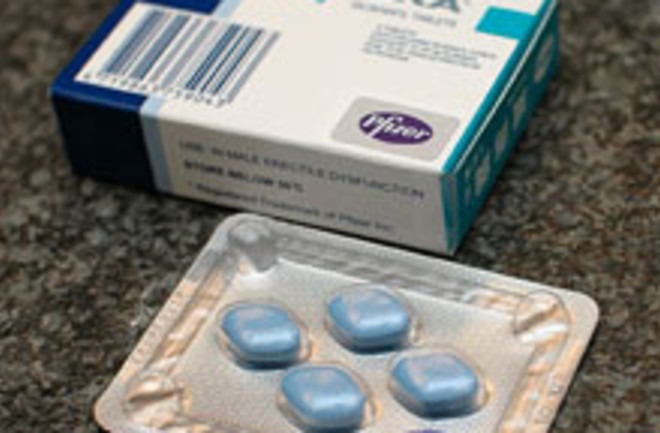 Twelve years have passed since Pfizer's little blue pill for erectile dysfunction, Viagra, hit the market. The pill became so popular and ubiquitous that subsequent attempts by drug companies to make a libido-booster for women invariably drew the moniker "female Viagra." Those attempts have failed, but today the Food and Drug Administration is considering approval for a new contender—a drug that has stirred up plenty of controversy. The drug is called flibanserin, and the company is a German one, Boehringer Ingelheim. The first problem with evaluating the daily oral pill is figuring out whether it really has an effect that appears in trials.

The flibanserin data involved about 2,400 women treated with either flibanserin or a placebo for about six months. The agency said the two groups showed an increase in their number of sexually "satisfying" events but didn't show a boost in a sexual-desire score. The "overall response rate... is not particularly compelling," the FDA said, even though many of the differences in response rates between the two groups were statistically significant [Wall Street Journal].

About 15 percent of the women on the drug quit taking it because of side effects, like nausea and dizziness. That's about twice as many as quit the placebo. Secondly, there's the regimen. A man need only take Viagra in advance of sexual activity, but a woman on flibanserin would have to take it every day. Lastly, there's the issue of "hypoactive sexual desire disorder" itself: what it is, and how it merits treatment.

"It's a fairly complicated area, unlike in men's sexual dysfunction where there's a major mechanical concern," said Dr. Elizabeth Kavaler, a urologist at Lenox Hill Hospital in New York. "In women there's no mechanical concern, so if she's not having a successful sex life, where is the problem?" [CBS News].

"There is no dispute that some women have a depressed level of sexual desire that causes them anguish," The New York Times says

. But there are plenty of doctors with concerns that this kind of drug is creating a problem to make money on the solution.

“This is really a classic case of disease branding,” said Dr. Adriane Fugh-Berman, an associate professor at Georgetown University’s medical school who researches drug marketing and has studied the campaign. “The messages are aimed at medicalizing normal conditions, and also preying on the insecurity of both the clinician and the patient” [The New York Times].

It seems unlikely that flibanserin will pass muster this time around. An FDA

) for today's meeting recommends against approval. The FDA's Reproductive Health Drugs Advisory Committee will debate the drug today, and the agency as a whole typically follows its lead. But even if they say no, the "female Viagra" candidates will continue to emerge. If for no other reason, because Viagra showed just how much money there is to be made.

UPDATE: This afternoon the FDA committee voted unanimously against flibanserin, saying that it did not do enough good to justify the side effects.

Related Content: DISCOVER: The Science of Great Sex at 80

DISCOVER: The Era of Nanoparticle Drugs Begins with an Erection Cream

80beats: FDA: We're Going To Regulate Those Personal Genetics Tests, After All