Simply Seeing and Smelling Food Preps the Liver for Digestion 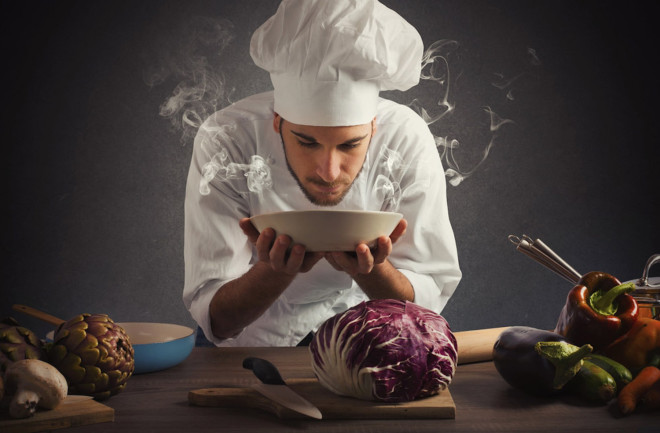 After a long day’s work, sometimes you can’t help but drool over that hot, tempting meal sitting in front of you. Well, it turns out that your liver can’t either.

A new study published in Cell Reports on November 15 suggests that simply seeing and smelling food preps your body for delicious digestion. The research shows that the specific neurons activated in freshly-fed mice were also activated in mice exposed to just the sight and aroma of food. These inaccessible treats caused their livers to prepare for nutrient and calorie intake, even though nothing had been consumed. This newfound response could help researchers understand how our bodies react to the sensory perception of food, and give insight into insulin resistance in humans.

Do You Smell Something?

It’s widely known that our bodies trigger different neurons based on our hunger levels. After prolonged periods of fasting, our brains increase production of agouti-related protein (AgRP) neurons, which stimulate appetite and tell us to go look for food. After we’ve found and eaten said food, we activate proopiomelanocortin (POMC) neurons, which are proteins that suppress appetite and make us feel satiated. For years, it was thought that the only way to activate POMC neurons and inhibit AgRP neurons was to consume calories.

That all changed in 2015, though, when a group of researchers from the University of California, San Francisco found that simply exposing mice to the sight and smell of food kickstarted POMC production and deterred AgRP — mimicking a meal without actually having eating one.

To find out how exactly these neurons sent signals to the liver, researchers from the Max Planck Institute for Metabolism Research set out different food parameters and observed the physiological responses of mice. In the study, they fasted groups of mice for 16 hours and divided them up into three groups: one that was fed, one that could see and smell food but not eat it, and one that remained fasted.

They found that, after just five minutes of sniffing and gazing at inaccessible food, enough POMC neurons were stimulated in the sensory group to kickstart mTOR and XBP1 production — pathways in the liver that help turn amino acids from food into folded proteins.

These reactions, which also occurred in the fed mice but not in the fasted mice, suggest that the sight and smell of food alone is enough to trigger POMC neurons in the brain and gear the liver up for calories, nutrients and satiation.

Preparing our liver for a meal might seem like the polite thing to do, but according to the research team, this neural activity could actually influence insulin production in humans.

“There’s a possibility that this food sensory-dependent priming of the liver may be compromised in obesity. It could be a mechanism that contributes to insulin resistance,” said Jens Brüning, director of the Max Planck Institute for Metabolism Research and co-author of the study, in a news release. “Obesity may leave the liver unprepared for protein folding after eating, which in turn could disrupt the normal insulin response. This is something we plan to look at in future studies using obesity models in mice.”

No negative effects, or even confirmed sensory responses, have been demonstrated in humans yet, but until follow-up research is done, you might want to put away those freshly baked cookies, and avoid taking those tempting, chocolatey whiffs.