You might be curious what your genes have to say about your risk of catching the virus, or how bad your symptoms could be. But the science still isn't settled yet — and results from online DNA tests can vary drastically. 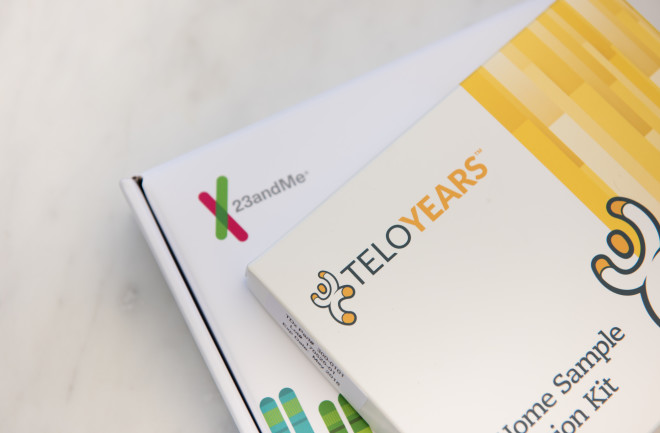 One evening last spring, Robert Pyatt was scrolling through social media when an advertisement popped up for an at-home genetic test for COVID-19. According to the ad, the test could say if you’re prone to the virus, and also give your risk of severe symptoms should you end up sick.

“What is this?” Pyatt thought.

Pyatt, who teaches molecular genetics at Kean University in New Jersey, says, “the red flags went up.” He teamed with two students in the University’s genetic counseling program, and, together, they analyzed tests from companies making similar claims.

There’s a lot of variety in the at-home genetic market these days. While you can help figure out your risk of cancer, or learn about your ancestors, or see how your genes react to certain drugs, there's also plenty of companies offering genetic links to wellness and fitness. But the information that consumers receive can differ drastically depending on which company is offering the test, and how genetically specific the tests are. According to a study presented at the National Society of Genetic Counselors (NSGC) 40th Annual Conference, tests that say they can predict your risk of catching the virus and getting sick vary widely in their results.

For starters, researchers are still sorting through mutations in the SARS-CoV-2 virus, and what they might mean for severe COVID-19 infection. Some risks related to the disease may be genetic, but it’s too early to say whether changes, or variants, in our genetic makeup make us more susceptible to infection or severe disease. So if you want to try the direct-to-consumer (DTC) genetic tests for COVID-19 risk, just know that you may not be getting much for your money when it comes to scientific information.

That’s the conclusion Pyatt’s team made after evaluating the results of direct-to-consumer genetic tests offered by five companies: SelfDecode, Sequencing.com, GeneInformed, LifeDNA, and Xcode. [Editor's note: SelfDocode no longer offers genetic tests for COVID-19 risk assessment.] The team looked for commonalities and differences in medical recommendations, and risks that they report to consumers for COVID-19 risk and disease severity. All of the companies used raw 23andMe genotyping data that consumers can download after testing, and then upload to other DTC companies. The problem is that not all of the markers in this data have been validated for accuracy, says Pyatt, and the raw data are only intended for research, education, and informational use.

The team also sent in genetic data from the same individual for each DTC test, thinking that genetic information from one individual would yield similar results and recommendations. But that’s not what happened. While results should have been comparable, one test said the individual had “relatively lower-than-average likelihood of severe complications.” Another company, looking at the same DNA, said this individual had “higher risk for severe critical symptoms.”

Their analysis also uncovered large differences not only in the number of genetic markers the tests evaluated, but also in the information that companies provided with their results. While risk results from company to company varied widely, some companies were less transparent in how they determined that risk. “This reflects that we don’t have enough studies in this area yet," says Sara Riordan, president of the National Society of Genetic Counselors. "There is not any agreement in the field about what confers susceptibility to COVID and what is actionable or not."

One of the companies included in the study, LifeDNA, offers genetic tests that focus on nutrition, fitness, and wellness, such as our bodies reaction to certain drugs or nutrients; for instance, how well we absorb Vitamin C. Like 23andMe, and other DTC companies, the test searches hundreds of thousands of genetic markers across your genome that serve as hot spots to a variety of health conditions.

In 2020, LifeDNA created an alpha version of a test for COVID 19, looking for genetic markers for infection susceptibility and also disease severity. They used gene variations associated with SARS-CoV-1, or severe acute respiratory syndrome, which first appeared as an outbreak in 2003 in China. After testing, customers receive a report that includes the genes associated with the conditions and links to supporting studies. “For now, the COVID-19 report is purely informational,” says Cyril Moukarzel, co-founder and CEO of LifeDNA. “Our customers can take a look, and get a better idea of how those particular genetic markers impact their susceptibility or infection severity.”

LifeDNA is also partnering with the University of Hawaii to study how DNA might have an impact on someone whose COVID infection puts them in the hospital versus someone who never develops symptoms. The study authors are focusing on how the ACE2 receptor, or angiotensin-converting enzyme 2, impacts the likelihood of contracting an infection, and how severe that infection may end up. ACE2 is of interest because these proteins can act like an open door to the lungs.

Esther Choi and Maya Briskin, coauthors of the study and genetic counseling students at Kean University Genetic Counseling Graduate Program, urge consumers to be aware of the differences in the home testing market. Some tests will be as comprehensive as those your doctor might orders, performing full gene sequencing for a whole panel of genes. (But those tests still need to be approved by a physician.) Other companies, like those in the LifeDNA study, do spot checks across your genes. Some companies offer support services like genetic counselors who can help you through the results, but others don’t.

“I always tell people when they are considering a DNA test online to really look into how much information is being provided for the test, and whether the company is being transparent about what they are testing for,” says Riordan. She also notes that it's important to look for companies who will tell you what their tests can potentially miss. Beyond that, genetic counselors can talk through any concerns and help patients decide which test works best for them.

With the tests for COVID 19 (as with any other genetic tests), the biggest question is what to do with the information they provide. “If you knew you were more or less susceptible to getting the disease or getting really sick, would that change your behavior? Would you stop wearing a mask, or would it change how you interact with people?” asks Riordan. “There’s just not enough genetic evidence at this point to make any life changes based on a COVID-19 at-home genetic test.”

Pyatt shares her concerns. He worries that tests based on data that has not been accurately validated will undermine consumer trust in medicine. “Unfortunately, the speed at which some of these tests can pop up and operate is much faster than the scientific process,” adds Pyatt.