Should We Be Funding Studies on the Perfect Piece of Toast? 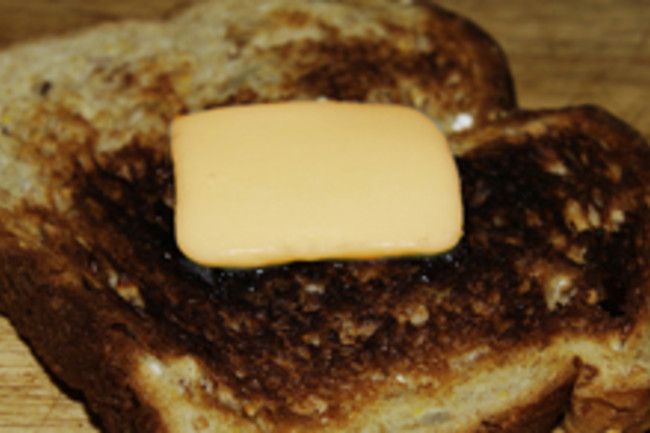 We here at Discoblog consider it our duty to bring attention to terrible science stories. Some recent notable bombs include "Woman are evil and want your husband" and "Twitter Will Make You Eeevil." Now, here’s an example of a good story about some bad research: The BBC reports that British researchers are conducting all manner of frivolous experiments, including how to make the perfect piece of toast. The study isn’t new— the flurry of news about it occurred in 2003—but the debate over the need for important research versus, well, silly work is as fresh as ever. Here are the details: Leeds University food scientist Bronek Wedzicha studied what temperature of bread and butter would make the most delicious toast. The research was part of a PR effort by butter company Lurpak to get the word out—in case you were wondering—that butter is tasty. BBC reports:

"The equation, which was spurious, captured the imagination but we didn't get the flavour-release message across. It was aimed at the food industry and scientists working in flavour science and people who are formulating food and trying to work out what properties they need,” says Wedzicha… "We wouldn't work exclusively to do PR, we have to have an economic return, which in this case was a greater understanding of flavour release mechanism," says Wedzicha. "We got £10,000 and Lurpak got some very good PR out of it."

Granted, some areas of frivolous research have turned up interesting results. Students from University of Plymouth studied the infinite monkey theory by putting a computer in a cage with six primates, but the monkeys destroyed the computer and managed to type the letter "s" over and over again. And when a sword swallower and a radiologist surveyed 100 sword swallowers about their injuries, they learned that many suffered from major bleeding of the stomach. There’s talk about revising the distribution of research money, so that funds go to researchers working on projects with the most social, economic, and cultural impact. However, silly science isn’t always a bad thing, some researchers argue—if someone finds something interesting while researching their life-long work, then the extra attention can only help them. Related Content: Discoblog: The World’s First “All Synthetic” Meal Graces a Five-Star Table