Should Healthy People Get Their Genomes Sequenced? 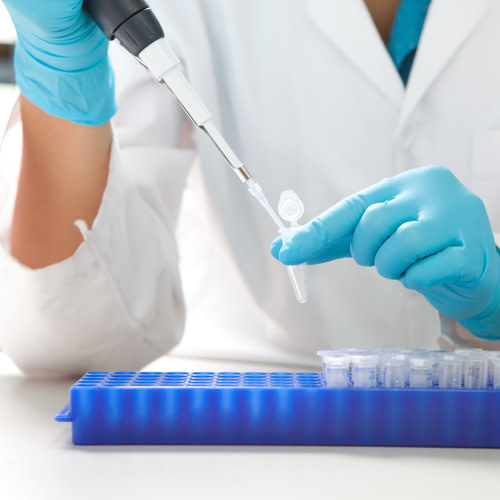 What can you learn from getting your genome sequenced? If you’re a relatively healthy person like me, the answer is, not much… at least not yet. I embarked on a mission to get myself sequenced for my recent article “The Gene Machine and Me.” The article focused on the sequencing technology that will soon enable a full scan of a human genome for $1000, and to make the story come alive, I decided to go through the process myself. I got my DNA run through the hottest new sequencing machine, the Ion Proton, and had it analyzed by some of the top experts on genome sequencing, a team at Houston’s Baylor College of Medicine. The Baylor team has been intimately involved in many of the most important advances of genome sequencing over the last decade. And their accomplishments reveal both the astoundingly rapid progress of the technology, and how far we have yet to go. Here’s a synopsis: the story of five genomes.

In April of 2003, the federally funded Human Genome Project finished the first complete human genome. It had taken an army of researchers about 13 years and $3 billion to accomplish the task, but finally the researchers had the sequence of about 3 billion nucleotides, the complete genetic code for a human being. The genome constructed by the Human Genome Project was a “consensus genome” made by combining the genetic material of a handful of people. By averaging the variations between these genomes, the researchers came up with their best approximation of what it means to be a healthy, functional person. It was a monumental achievement. Three years earlier, in 2000, President Bill Clinton had announced the completion of the human genome’s “rough draft,” and called it “the most important, most wondrous map ever produced by humankind.”

Once the Human Genome Project was completed, researchers were eager to start sequencing individual human beings, and to examine the genetic variations that define each individual’s traits and quirks. If the cost of sequencing a genome had continued at $3 billion a pop, there would be no way to conduct such experiments. But in 2007, the company 454 Life Sciences invited James Watson, the genetics pioneer who helped discover the double helix structure of DNA back in 1953, to be the first individual to be sequenced on the company’s new machine. The machine would bring the cost down to about $1.5 million per genome. Baylor’s team would do the analysis. When the sequencing was complete, Watson flew down to Houston. (Another genetics pioneer, Craig Venter, was also sequencing his personal genome at the same time, but the Baylor team says Watson’s was completed first.) Watson received his results from Baylor researcher and physician James Lupski, a preeminent geneticist. “I had to be the one to say, ‘Well, Jim, we don’t know what the hell your DNA means, because you’re the first one to be sequenced,’” Lupski recalled with a laugh. Lupski was exaggerating a bit for comic effect, but the truth was, medical research didn’t have much to tell Watson.

The next step in genomic medicine, the Baylor researchers decided, was to sequence someone who wasn’t entirely healthy. They chose as their subject their own James Lupski, who has an inherited neurological disease called Chacot-Marie Tooth Disease. A variety of mutations can cause this disorder, and Lupski wondered if a whole-genome scan could identify the particular mutation that caused his family’s problems. “There still was the question, could we find things that were important for medical management?” Lupski told me. “Was the signal above the noise?” The noise, he explains, is the thousands of genetic variants found in each individual, because “everybody truly is unique.” His genome scan, completed in 2010, did indeed reveal the mutation that is the source of Lupski’s disorder. But did that knowledge have any affect on Lupski’s medical treatment? No, he admitted to me. Still, finding the cause of his disease was “very gratifying,” Lupski said. What’s more, the discovery of the Lupski family mutation, a genetic variant that hadn’t previously been connected to CMT disease, may allow for new directions in medical research, and could potentially lead to new treatments for the disease down the line.

Treatment is exactly what Baylor researchers had next in their sights. The team achieved an early victory in genomic medicine with the 14-year-old Beery twins, who suffered from a palsy-like movement disorder. In 2011, whole-genome sequencing revealed not only the genetic variants responsible, it also revealed which neurotransmitters were affected, and suggested a new drug regimen that worked remarkably well to control the twins’ symptoms. For the researchers, the case was a trail-blazing example of how genetics can not only provide a more precise diagnosis, but can also, in the best case, allow doctors to tailor their treatments to better fit their patients. Still, the twins’ outcome is exceptional. Baylor recently opened a commercial lab to provide genetic sequencing for patients who are on “diagnostic odysseys,” meaning that they suffer from mysterious symptoms for which test after test hasn’t revealed the cause. The Baylor lab has only about a 30 percent diagnostic success rate, though, and finding results that lead to a better treatment plan is even tougher.

Then, in 2012, I came along. I was a relatively healthy 33-year-old with no known inherited diseases. I wanted to have my genome sequenced and analyzed to see if doctors could predict my medical future: Could they find predispositions to cancer or adult-onset diseases like Alzheimer’s and Parkinson’s? Would they be able to identify my genetic weak points, and counsel me on screening regimens or lifestyle changes that could help me stay healthy? Would I get a sneak peak at a future where genome scans will be a routine part of medical care? For $7000---a fraction of the $1.5 million it cost just six years ago---the Baylor researchers ran just the coding portion of my DNA through the sequencing machine. They put the resulting data through a software program that identified genetic variants of interest, and then had a team of experts look for those variants in the medical literature. They came out with a six-page report that listed a number of possible and scary fates: I have variants (in other words, mutations) in genes that have been linked to ailments like heart disease, kidney failure and Parkinson’s, among others. But my particular variants of those genes haven’t been proven to cause any symptoms or problems whatsoever. There’s no guarantee that I’ll suffer from these ailments. The doctors told me to examine the results in the context of my family medical history. There’s no history of Parkinson’s in my family, I told them, but there have been serious cases of heart and kidney disease. And this is where I become a pretty good example of the current state of genetic medicine: I can view my genetic findings as red flags, and as I go through life, I can be on the lookout for symptoms of heart or kidney problems. A decade after the first human genome was completed, genome scans still can’t give most people definitive predictions about their medical futures. But as more becomes known about genetic predispositions to disease, these reports will get more and more useful. If advances in genomic medicine continue at the breakneck pace we’ve seen over the last decade, it may just be another decade before genome scans start turning up in the doctor’s office. Eliza Strickland is an editor for the technology magazine IEEE Spectrum

. The biomedical beat has recently allowed her to cover exoskeletons, bionic eyes, and IBM Watson's next career as an oncologist.