Short Sleeper ‘Syndrome’: When You Can Get By on Just a Few Hours of Sleep

A small segment of the population are born with superhuman sleep needs. They’re called natural short sleepers, and they wake up refreshed and wide awake on very little sleep. And these individuals share a few other quirks, too. 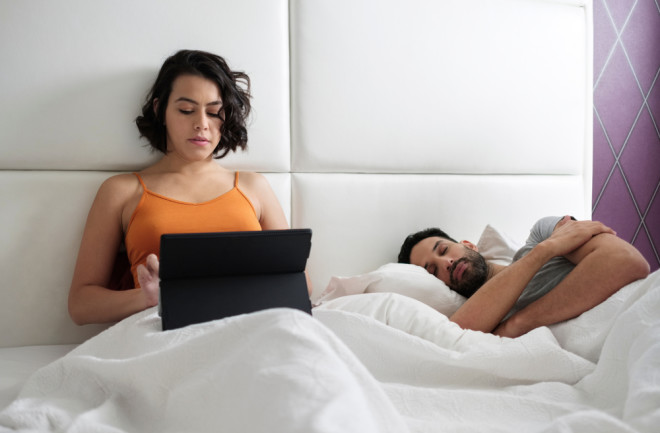 What do Donald Trump, Elon Musk, and Martha Stewart have in common? They’re part of the one percent.

No, not that one percent. Instead, we’re referring to the one percent of people who thrive on far less sleep than what is recommended by doctors and researchers. Scientists call them natural short sleepers.

Trump, Musk and Stewart all reportedly get by on less than six hours a night, making them part of the so-called “sleepless elite.” Most people need around seven to nine hours of sleep a night for overall health and well-being. But it seems that these guidelines don’t apply to a small segment of the population officially called natural short sleepers.

Short sleepers wake up feeling refreshed and wide awake, despite clocking six or less hours of sleep per night. Some short sleepers say a mere few hours of shut-eye a night is all they need to feel great.

It’s sort of like being both a night owl and early riser at the same time. And, unsurprisingly, this group has caught the interest of researchers due to their sleep efficiency.

Although sleep needs do vary from person to person, natural short sleepers are rare unicorns in sleep research. Understanding their superhuman sleep needs could unlock some of the standing mysteries of sleep, says Ying-Hui Fu, a researcher who studies the genetics and other attributes of short sleepers at the University of California, San Francisco School of Medicine.  Fu stresses that natural short sleeping actually isn’t a syndrome or a condition that needs to be fixed. It’s simply a different way of being, one that we could learn a lot from.

Are You a Short Sleeper?

First, let’s get some bad news out of the way. If you think you’re a short sleeper, you’re probably just sleep deprived, like the roughly one-third of Americans who get less than seven hours of sleep a night.

Around 12 percent of Americans say they feel fine on less than six hours of sleep. But researchers don’t think most of these people are natural short sleepers. In fact, studies have found some evidence to suggest that people who are in denial about being sleep deprived are more adversely impacted than they think.

Genuine short sleepers are extremely rare, Fu said in an email to Discover. Their pattern of abbreviated sleep is innate, and they function just as well as someone who’s gotten seven to nine hours of rest, if not better.  “Natural short sleepers sleep very well and wake up refreshed, wide awake. They are energetic all day long, doing all kinds of activities and enjoying their lives,” Fu said.

An important distinction among short sleepers is that they routinely get very little sleep, night after night, and it never seems to catch up with them. They sleep so little because they need less rest to recharge.

If most people routinely got less than six hours of sleep, they’d form a sleep debt and might start to notice consequences for their mood, brain functioning and overall health. But for the short sleeper, none of this happens.

Genuine short sleepers don’t depend on caffeine or naps to keep them going, Fu said. Nor do they spend their weekends or vacations catching up on Z’s.

Not getting enough sleep has been linked to a number of health conditions, and it can increase the risk of death. But this doesn’t seem to apply to natural short sleepers. Where their sleep lacks in quantity, it’s not lacking in quality. “Their sleep is more ‘efficient’ in getting sleep’s job done, whatever that is,” Fu said.

During sleep, the brain repeatedly moves through four stages of REM (rapid eye movement) and non-REM sleep in a specific sequence, with the longest period REM period occurring before awakening for the day. Important, restorative processes happen in both REM and non-REM sleep. A 2001 study into the sleep patterns and personalities of short sleepers found that they get plenty of slow wave sleep, often referred to as deep sleep or restorative sleep. And it cited work that found short sleepers get less of the REM stage of sleep, the stage when dreams are most easily remembered. But interestingly, Fu’s lab hasn’t found any difference in how short sleepers cycle through the sleep stages, except for the fact that they sleep less overall. “From mice that carry the same mutation, we can see that mutant mice have fewer REM and NREM bouts. But, its difficult to know how to compare this with human sleep. We are working on human sleep right now, but it will take some time before we know the answer,” she says. But perhaps most importantly, both sleepers and researchers haven’t found any reason to be concerned.

“The natural short sleepers we study do not have any obvious problems with their brains or health,” Fu said.

What Short Sleepers Have in Common

Depending on your attitude toward sleep, the existence of short sleepers seems almost unfair. Average people spend roughly a third of their lives sleeping, which can feel like a waste of precious time. Just imagine all of the things you could accomplish while the rest of the world is in bed, getting their biological sleep needs met.

And seizing the day — or night — is exactly what many short sleepers do, Fu said.

“Many of them use their extra time to learn skills or languages or pursue their interest, whatever that is,” she said.

Fu has met a lot of short sleepers in her work, from all walks of life. She says many of them have a number of traits in common.

“In addition to sleeping fewer hours a day, they also are optimistic and energetic. A lot of them are excellent multi-taskers. They have a high pain threshold and usually don’t have jet-leg,” she said.

The vast majority of short sleepers also seem to share one thing: they can trace their need for little sleep to their childhoods. And, as you might expect, this ability is likely a hereditary hand-me-down.

In 2009, Fu’s team published a landmark study that found a genetic basis for natural short sleeping. People who inherited a particular mutation in a gene called DEC2 averaged 6.25 hours of sleep. But people who didn’t have this mutation averaged the conventional 8.06 hours of sleep a night.

The DEC2 gene helps control levels of orexin, a hormone involved in maintaining wakefulness. In a 2014 study, another team of researchers at the Center for Applied Genomics at the Children’s Hospital of Philadelphia found that the presence of the DEC2 variation also improved performance on mental tasks when sleep deprived for 38 hours.  The genetic case for short sleep was made even stronger in 2019, when Fu’s team uncovered another rare genetic difference found in families of short sleepers, a rare genetic mutation called ADRB1. The findings suggested that ADRB1-expressing brain cells promote wakefulness and may influence sleep and wake cycles.

But these mutations don’t explain all cases of short sleepers, Fu said, who added that it’s still too early to rule out other factors that might make someone a short sleeper. “I think that, for now, genetics is the only obvious way to become a natural short sleeper … but there is still so much we don’t know yet,” Fu said. “[But] I don’t think lifestyle or experience could make people a natural short sleeper.  Some researchers have dubbed DEC2 the “Thatcher gene” after U.K. Prime Minister Margaret Thatcher, who famously lived on four hours of shut-eye a night. She once said “sleep is for wimps.”

Indeed, many other famous short sleepers have expressed similar sentiments through the years. Inventor Thomas Edison once said, “Sleep is a criminal waste of time, inherited from our cave days.” It’s easy to get the impression that sleep is a sacrifice one has to make to be successful. But contrary to popular belief, Fu said there is no connection between brilliance and sleep length.

There’s really no scientific evidence out there that says short sleepers are more creative or successful than the rest of the population. While many powerful leaders, artistic geniuses and business moguls report odd sleeping habits, short sleepers are just as likely to be average Joes and Janes, Fu said.

“There are many short sleepers who live quiet and normal lives, such as farmers or [they] have regular jobs. But they are satisfied and happy with their lives,” Fu said.

But no matter what they do with all of that extra time on their hands, short sleepers seem to be a pretty content bunch. It’s not totally clear why so many short sleepers report high levels of happiness and life satisfaction. But the same 2001 study that looked at the sleep quality of short sleepers also examined their personality characteristics. The study noted that short sleepers may be more “hypomanic in their approach to life.”

Hypomania is a milder form of mania, and it’s characterized as having higher energy levels, increased confidence, racing thoughts and decreased inhibitions, as well as a decreased need for sleep.

But despite these quirks, Fu stresses that short sleeping isn’t something that needs fixing.

“We do not have to sleep eight hours a day. Everyone should figure out their own best sleep pattern and follow that pattern. This could be longer than eight hours (for some people), by the way,” she said.

Scientists are still puzzled by the most basic questions about sleep. But Fu believes understanding what makes short sleepers tick could potentially solve some of sleep’s standing mysteries, like how sleep length and quality are regulated.

“How can these short sleepers, with fewer hours of sleep than most people, function perfectly fine without any obvious problems and live a long happy life?” she asks. “This is the question we are trying to answer. If we can answer this question, we will be able to help everyone sleep better.