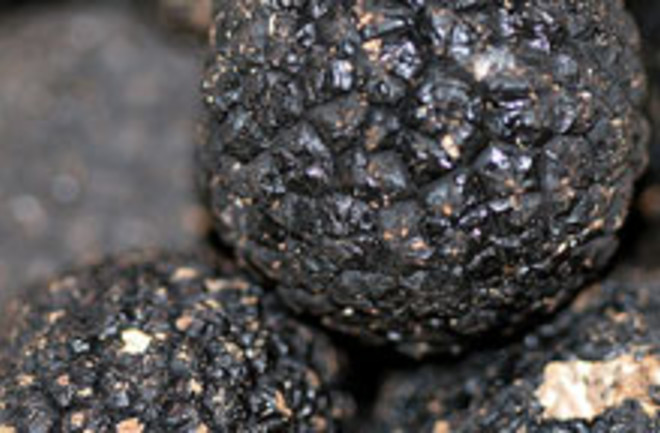 Scientists are starting to unravel the sex secrets of the black truffle, that rare and expensive delicacy, in hopes of making its cultivation easier. It turns out the fungus has two different sex-like states, and both must be present to reproduce. One truffle can only be one of the sexes, and while that may not sound odd to us humans, it's very out of place in the fungus world. Fungi are usually able to reproduce asexually and self-fertilize, lead author of the paper Francesco Paolocci told The Telegraph:

"It was long assumed that the truffle was like other fungi, but we know now that it needs the help of a partner. It has members of two different sexualities, a bit like male and female."

Still, that doesn't sound too complicated, right? Well, what's hard is getting close enough to your partner to "score" when you are stuck in single-sex colonies on oak trees that are yards away from each other (which bears a striking resemblance to my undergrad experience

). The researchers were the first to find that truffles tend to grow in single sex bunches, Paolocci explained to The Telegraph

"But we found that individual trees are only colonised by a single sex of the fungi. Even when we started with a mixed colony, it quickly became dominated by one sex or the other. To produce the truffles, you have to have the two different sexual strains meeting in some way, but they can be quite far away from each other."

It is likely that in nature this meeting is accomplished via animals that dig in the dirt and transfer spores from one colony to the other. This could help explain why it is so difficult to cultivate the ridiculously expensive foodie-magnet

; when trees are impregnated with the fungus, only about 30 percent of the colonies survive. The truffles themselves are actually the fruiting body produced by the "female" sex, which is the sex that lives on the tree roots. The "male" truffle fungus is found in the soil, Paolocci told The Telegraph

Related content: Discoblog: To Satisfy Lust for Truffles, The French Will Try to Clone Them

80beats: How a Fungus Makes a Jet Stream to Carry Spores Abroad

The Loom: Respect For the Fungus Overlords