Scientists use dog sh*t to protect crops from hungry sheep. 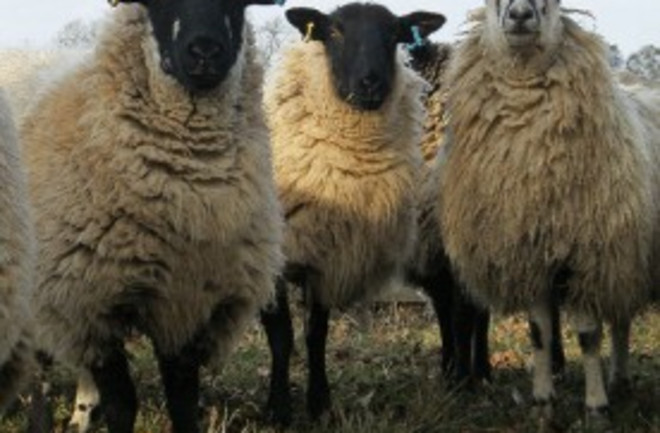 Photo: Flickr/Amanda Slater When farmers raise sheep near plant crops, it's not surprising that they would want to find ways to keep the sheep from eating everything. In this study, researchers tested chemical compounds that they thought would make good sheep repellents. Each compound was sprayed on corn, and then the corn was presented to sheep to see how much they would eat. What compounds did they test? Well, among other things, they tried artificial dog, pig, and lion sh*t smells, as well as "fetal fluids from sheep." Turns out that the dog poop was the most effective repellant, except for those sheep who had lost their sense of smell. Finally, a good use for all that dog poop on my sidewalk!Sheep food repellents: Efficacy of various products, habituation, and social facilitation. "The study of food repulsion in ungulates is of practical importance for controlling browsing damage to forest trees and agricultural crops. Experiments with domestic sheep assessed the repulsive value of three natural and two synthetic products, using a food-choice situation. Animals were individually presented with two troughs, each containing 30 g of maize, one treated with a chemical product, and the other a control. The odor of domestic dog feces appeared to be highly repulsive, as none of the treated food was eaten, whereas 3 g ±9 and 6 g ±10 were eaten, respectively, of food treated with fetal fluids from sheep and odor of pig feces. Synthetic odors of lion feces and a commercial deer repellent were less efficient as repellents with 11 g ±13 and 14 g ±15 of food eaten, respectively. Habituation to three of the repellents was tested for a minimum of seven successive days. With dog feces, no habituation to the odor was observed. On the contrary, significant habituation (P < 0.05) was observed as early as the third trial for sheep fetal fluids and the fourth trial for the commercial repellent. To test for the effects of social facilitation, groups of four sheep including no, one, or two anosmic animals were presented with food treated with the odor of dog feces. No social facilitation was observed as none of the intact sheep ate any of the food, although the anosmic animals actively ate it throughout the test. In individual food choice tests, the odor of dog feces appeared to be an especially efficient repellent when compared with the other natural or synthetic products. Such repulsion was nearly complete, and neither habituation nor social facilitation could be observed." Related content: NCBI ROFL: One rat, one cup. NCBI ROFL: At least my experiments don't require fresh slug feces… NCBI ROFL: On brassieres and poop.