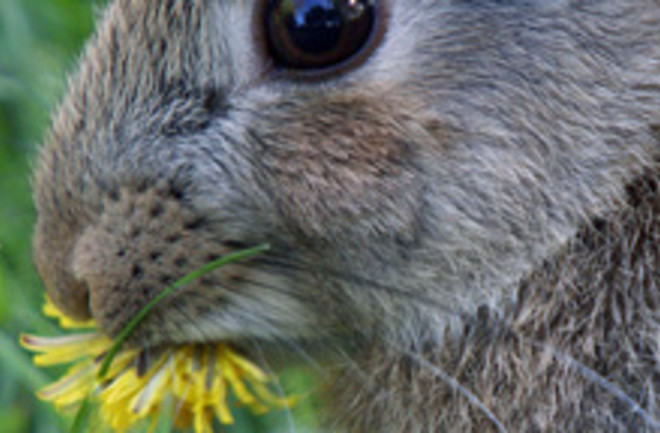 Our long national nightmare is over: At last, scientists can make rabbit penis spare parts. In the Proceedings of the National Academy of Sciences, researchers led by Anthony Atala published the results of their successful attempt to engineer new corpora cavernosas, the column of tissue that engorges with blood during male arousal, for male rabbits.

Other procedures can partially restore function to a damaged phallus, and Atala's team has previously shown they could replace a small portion of the tissue (they had up to a 50 percent success rate in rabbits)

[Scientific American]. This, however, was the first time they totally replaced corpora cavernosas. Atala is best known for developing a technique in which cells are taken from an organ and sprayed onto a frame made of collagen, the primary structural protein in animal tissue. The structure is then bathed with growth-stimulating compounds and kept in an oven that duplicates the body’s temperature and chemical composition. Given these starting conditions, natural biology does the rest [Wired.com]. In this experiment, the team surgically removed the corpora cavernosas of 12 rabbits, and replaced them with new "scaffolds" built through this technique. The tissue took hold, and copulation ensued at stereotypical rabbit pace. Every one of the revitalized dozen attempted to mate within a minute of being introduced to females; four became fathers. The Wake Forest research contains the standard caveat: No, the technique isn't ready for humans yet. But when it is, look out. Such methods could potentially aid men who just want to enhance their normal penises, rather than repairing any damage. "Our intent and the goal of our work is to provide a solution for men who need penile erectile tissue for medical reasons.... Of course, you cannot control how the technology is used in terms of what patients want" [LiveScience], says Atala. Related Content: 80beats: To Mend a Broken Heart, Scientists Start in the Stomach 80beats: Scientists Transform Diabetics’ Skin Cells Into Insulin-Producing Cells 80beats: Adult Mouse Gets a New Tooth, Grown From Embryonic Cells Discoblog: Need a New Pancreas? It May Come from a Sheep.