Scientists Just Solved a Mystery of How Gallstones Form 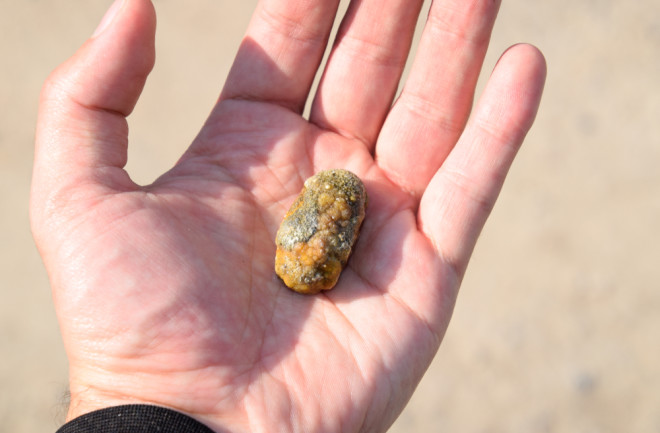 Up to 25 million Americans suffer from gallstones. The unwanted pebbles form in the gallbladder and can grow to be as large as a golf ball. They can block bile ducts and cause severe abdominal pain, infection and even death.

For decades, doctors have known they appear when excess cholesterol and calcium salts accumulate in the bile — a yellowish-brown liquid that helps the small intestine break down lipids. What holds the particles together to form the stones had remained a mystery, however.

In a study published on Wednesday in the journal Immunity, researchers shed light on the mystery glue. They report white blood cells called neutrophils are behind the rocky formations. The discovery hints at potential new treatments for the disease.

A team of researchers in Germany set out to find the mystery glue by examining the composition of the charmingly-named “gallbladder sludge” — a type of digestive fluid that’s sat in the gallbladder for too long, and can begin to form gallstones. Like detectives in a crime scene, the scientists found traces of DNA and other molecules associated with the most common white blood cell type, neutrophils.

Neutrophils are the body’s first responders; they protect us against infections. Like spiders catching prey, neutrophils build web-like structures called neutrophil extracellular traps, better known as NETs, that catch and kill microorganisms that make us sick. The pieces of DNA and molecules found by the researchers on the surface of the sludge belonged to NETs. This suggested they could play a role in forming the painful accretions.

To see if NETs were truly involved with gallstones, the researchers mixed and shook the human stones with neutrophils. In the experiment, the gallstones quickly accumulated DNA fragments from the NET-building neutrophils. Blocking the mixing neutrophils from making NETs, however, prevented the stones from accumulating more pieces of DNA — implying they were not growing in size.

In a different set of experiments, the researchers treated mice under the gallstone-inducing diet with drugs to block either NET formation or neutrophil migration into the gallbladder. Both treatments resulted in a significant decrease in the size and quantity of the stones.

NETs are a crucial weapon of our defense system against infections. However, previous studies have associated them with autoimmune and inflammatory disorders. “Here, we provide additional evidence for the double-edged-sword nature of these NETs by showing that they play an important role in the assembly and growth of gallstones,” said Martin Herrmann, senior author of the Immunity study, in a press release.

The discovery opens a new avenue of treatment for gallstone disease. Although most people don’t experience symptoms related to their gallstones, those who do typically require surgery for their removal. Drugs targeting NET formation, which already exist, could become an effective therapy to avoid surgery.

Establishing new treatments against gallstone disease will require human studies, however. “Hopefully, we can convince pharmaceutical companies to perform a clinical study with [NET inhibitors],” said Luis Muñoz, one of the lead authors of the study, in the press release.

More From Discover
Health
What is Epilepsy and What Should We Know About it?
Health
A Blood Test That Screens For Multiple Cancers At Once Promises To Boost Early Detection
Health
Decorate For the Holidays Early and it Might Improve Your Mood
Health
Feeling Sleepy After a Thanksgiving Meal? It Might Not Be the Turkey
Health
How These Top 10 Favorite Thanksgiving Dishes Impact Your Health
Health
There's a New Group of Blood Types — Here's Why it’s Important
Recommendations From Our Store
My Science ShopDiscover STEM Kits
My Science ShopDiscover 2022 Calendar
My Science ShopStrange Science
My Science ShopElements Flashcards
Shop Now
Stay Curious
Join
Our List