Scientists determine the workplace fall risk for Santa Claus, and the outlook is not so good. 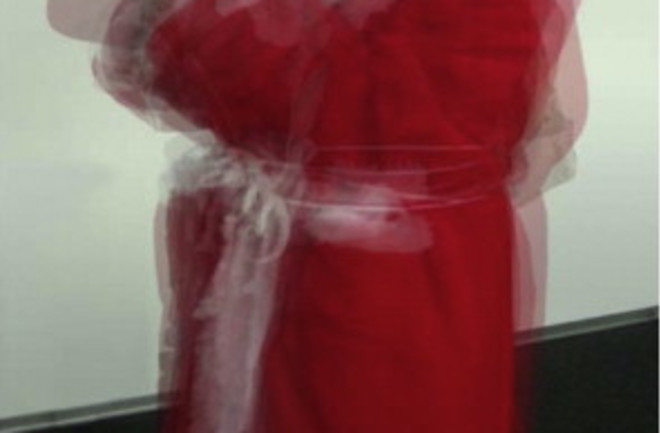 Fig. 1.Appearance of Santa Claus (SC) during static tandem stance bearing the Christmas sack. The SC pictures of all subjects were super imposed. The blurred silhouette is due to difference in size and refers to SC's mystic illusion.

In lieu of our regular introductory blurb, we'll just let the scientists who wrote this (we assume) tongue-in-cheek study explain it for themselves:

"Overall, falls are considered the leading cause of injury-related hospitalizations in older adults. Taking these factors into account, it seems as if SC could be likely to jeopardize Christmas Eve by slipping, tripping and falling. Consequentially, the present study aimed at examining whether the traditional “SC garb” (coat, beard, sag, cap) what with his applied loads (Christmas sack with presents) as well as his cognitive interference tasks (checking his Christmas list while steering the sleigh) would negatively affect his balance and gait performance, and in turn, would lead to an elevated fall risk profile. These findings could contribute to a better understanding of SC's neuromuscular performance with and without additional loads. On the basis of our results, relevant neuromuscular training prescriptions for the pre-Christmas season could be derived. Finally, the risk of severe falls of SC could be minimized for the sake of keeping our kids happy."

And when it came to the experiments, they weren't joking around. They had volunteers who still believe in Santa Claus dress up in red suits and carry a giant bag while working out on a treadmill. (OK, maybe they were joking.) The results? Let's just say we hope that Santa has insurance, because he's going to need it.Jeopardizing Christmas: Why spoiled kids and a tight schedule could make Santa Claus fall? "Santa Claus' spatio-temporal gait characteristics, ground reaction forces during treadmill walking as well as postural sway during loaded, unloaded and cognitive interference tasks were examined in order to estimate his fall risk. Seventeen healthy males, disguised as researchers and students (age: 30±10 years; height: 179±6 years; weight: 76±7kg; BMI: 24±2kg/m(2); physical activity: 12±4h/week) and who still believe in Santa Claus randomly underwent balance and gait analyses with and without cognitive interference. The conditions were to be dressed as "Santa Claus" (wearing costume consisting of a beard, cap, robe, heavy sack with a load of 20kg) or dressed in "normal clothing" (no costume). Spatiotemporal gait parameters (walking velocity, gait variability and stride time, length and width), ground reaction forces (GRF) (left- and right-sided heel strike and push off) and postural sway (30s tandem stance on a force plate) were measured. "Santa-effects" (0.001<p<0.05; 0.21<ηp(2)<0.72) and "Dual-task effects" (0.001<p<0.003; 0.46<ηp(2)<0.86) were found for postural sway (increased sway), GRF (decreased forces for dual tasking, increased forces for the Santa condition) and the majority of spatio-temporal gait parameters. Significant "Santa"×"Dual-Task" interaction effects were not observed (0.001<p<0.05; 0.21<ηp(2)<0.72). Relevant leg effects of GRF during walking were not found. Santa Claus faces a tremendously increased risk of falling when carrying his Christmas sack with 20kg of presents. Cognitive loads also impair his neuromuscular performance. It is recommended that Santa trains his strength and balance before Christmas and also to avoid filling his sack with more than 20kg of presents. Also, cognitive training may help to improve his dual task performance." Related content: The real reason Rudolph's nose is red.If Christmas doesn't kill you, New Year's Eve just might.Investigation of the best suture pattern to close a stuffed Christmas turkey.