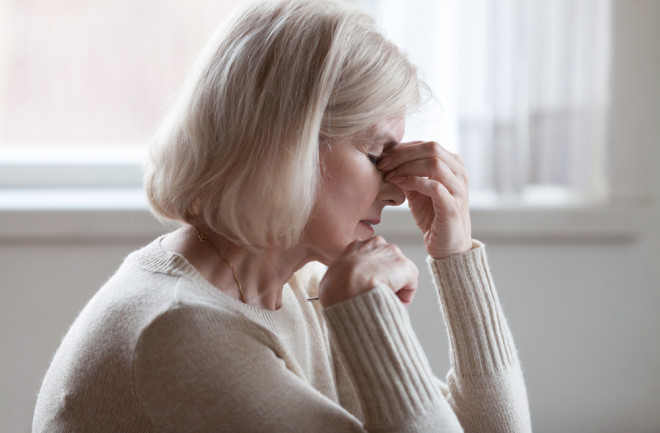 Chronic fatigue syndrome (CFS) is a debilitating condition that leaves its suffers with many questions but few answers. CFS's causes are poorly understood, there’s no cure, and there isn't a definitive way to screen for it.

Now, scientists say they've taken a big step toward developing a test to diagnose this confusing and complex disorder that leaves patients with symptoms that range from extreme exhaustion, chronic pain, persistent brain fog, and more. In a new study published in the Proceedings of the National Academy of Sciences, researchers say they’ve created a blood-based test that can accurately diagnose chronic fatigue syndrome.

The test not only provides a biological basis for this mysterious condition, but it may also help pinpoint effective treatments in the future.

In the study, scientists took blood samples from 40 people, half of whom had CFS. Researchers say they could spot who had chronic fatigue and who didn’t just by observing how their blood cells behaved under stress. The test relies on an approach called “nanoelectronic assay,” which measures a cell’s electrical response.

By dropping people’s cells in plasma and exposing them to stress via a salt bath, researchers could tell who had CFS by the electrical activity that their cells emitted. When exposed to that chemical stress, the cells belonging to people with chronic fatigue showed big spikes in electrical activity, while cells from healthy people remained stable.

These changes in electrical activity indicate difficulty coping with cellular stressors. It's unknown why the cells of people with CFS respond poorly to the salt bath stress test, but it's one step closer in understanding this crippling condition that affects around two million people in the United States alone.

The cause of CFS is unknown, but a number of theories have emerged in recent years — from overactive B-cells to viral infections. There is no cure for CFS, and finding treatments to manage the symptoms often involves a lot of trial and error.

But researchers say the test may also help researchers pinpoint effective treatments by allowing them to see how blood samples mixed with therapeutic drugs responds to stress. Next, researchers will try their blood test on a larger population of people.