Using genetics, scientists have created a new calculator for seeing how old your dog really is. 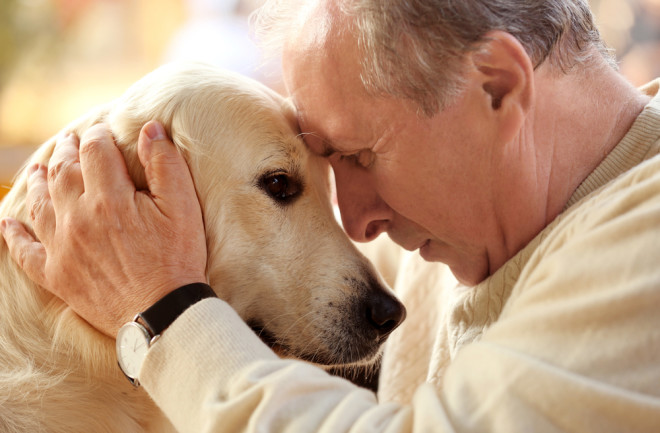 The traditional "7 to 1" ratio might not be very scientific. (Credit: Africa Studio/Shutterstock)

How many dog years are in a human year? The classic translation is 7 to 1, but that's not a precise estimate. Instead, new research suggests that a dog’s genome might offer some insights into how the pup’s aging process compares to that of its human friend.

A team of scientists points out that, just like human DNA, dog genomes accumulate changes that indicate how old the animal is. The collaboration of investigators from across the U.S. shared their results on bioArxiv, a service that lets scientists share their work before it’s been peer-reviewed. The authors argue that though dogs age faster, they can draw parallels between the changes to dog and human DNA. Matching up those adjustments could offer a way to understand what aging looks like in other species — especially if similar alterations are found in animals besides dogs.

As we age, our DNA gradually accumulates an array of changes. One way this happens is by methylation, or the addition of methyl groups to a DNA molecule's chemical structure. In aggregate, these alterations are known as the methylome.

Earlier research found that the methylome develops at a predictable rate in humans. Scientists can work backwards from a person’s current methylation status and determine how old they are. If that applies to humans, then why not see if it applies to other species too, says study co-author Trey Ideker, a geneticist at the University of California, San Diego. "This old adage — one dog year equals seven human years — is that based on science or not? And can we revise that based on this diagnosis?"

To begin, the researchers turned to humankind’s favorite companion. The team collected blood samples from 104 Labrador retrievers ranging from 1 month to 16 years old. When analyzing their DNA, the group looked for methylation in areas that had related genes in humans, and compared the canine methylomes to 320 from humans.

Side-by-side comparisons showed that at matching periods in life, humans and dogs had similar degrees of changes to their methylomes. This was particularly true when comparing new puppies to babies and older dogs to seniors. For example, the methylomes in 7-week-old puppies looked like the methylomes from 9-month-old infants — periods in life when teeth first appear. Aging for the two species didn't keep a perfect 1-to-1 ratio, however. Based on rates of DNA methylation, dogs seem to age faster than humans when young, but more slowly when older.

The team also produced an equation that lets readers plug in their dog's age to see how old they might be in human years. The results are surprising: A 1-year-old dog is similar to a 30-year-old human, while a 10-year-old dog would be 68.

As strange as that might seem, Ideker points out that their calculation is based on chemical changes to DNA. How exactly the rate of DNA methylation connects to aging is still unclear. "There's more to age than a methylome profile," he says.

This paper still has to be reviewed by other scientists, and the authors note that they only looked at Labrador retrievers; the results could be different for other breeds. But if the comparison technique holds up, methylomes might be a new way to assess how organisms age in comparison to one another, which could be useful for identifying anti-aging strategies.

Or, at the very least, the results can help dog owners rethink how their dogs might fare in old age. Ideker himself has two senior pups, and he likes to think their aging process might be a little slower than his own. "I have a glass-half-full way of looking at it."