Science confirms that it's hard to know you're drunk when you're surrounded by drunk people. 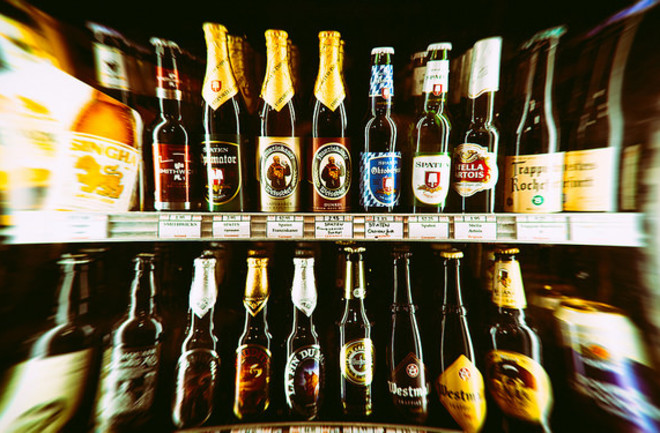 I bet you're one of those people who believes they can tell how drunk they are. That's because most people think that. But according to this study, you might be wrong. These scientists tested every 7th person that passed by in "busy night time environments characterised by a high density of premises licensed for the on-site sale and consumption of alcohol." The researchers tested the subjects' intoxication levels, and asked them questions about how drunk they thought they were. It turned out that the participants were able to tell they were drunk if the people around them were relatively sober. But when surrounded by drunk people... not so much. (And, if you are interested in the process of scientific peer review, you can read the reviewers' comments and authors' responses for each round of revision of the paper here).

A rank based social norms model of how people judge their levels of drunkenness whilst intoxicated. "BACKGROUND: A rank based social norms model predicts that drinkers' judgements about their drinking will be based on the rank of their breath alcohol level amongst that of others in the immediate environment, rather than their actual breath alcohol level, with lower relative rank associated with greater feelings of safety. This study tested this hypothesis and examined how people judge their levels of drunkenness and the health consequences of their drinking whilst they are intoxicated in social drinking environments. METHODS: Breath alcohol testing of 1,862 people (mean age = 26.96 years; 61.86 % male) in drinking environments. A subset (N = 400) also answered four questions asking about their perceptions of their drunkenness and the health consequences of their drinking (plus background measures). RESULTS: Perceptions of drunkenness and the health consequences of drinking were regressed on: (a) breath alcohol level, (b) the rank of the breath alcohol level amongst that of others in the same environment, and (c) covariates. Only rank of breath alcohol level predicted perceptions: How drunk they felt (b 3.78, 95 % CI 1.69 5.87), how extreme they regarded their drinking that night (b 3.7, 95 % CI 1.3 6.20), how at risk their long-term health was due to their current level of drinking (b 4.1, 95 % CI 0.2 8.0) and how likely they felt they would experience liver cirrhosis (b 4.8. 95 % CI 0.7 8.8). People were more influenced by more sober others than by more drunk others. CONCLUSION: Whilst intoxicated and in drinking environments, people base judgements regarding their drinking on how their level of intoxication ranks relative to that of others of the same gender around them, not on their actual levels of intoxication. Thus, when in the company of others who are intoxicated, drinkers were found to be more likely to underestimate their own level of drinking, drunkenness and associated risks. The implications of these results, for example that increasing the numbers of sober people in night time environments could improve subjective assessments of drunkenness, are discussed." Related content: NCBI ROFL: ‘Beauty is in the eye of the beer holder’: People who think they are drunk also think they are attractive. NCBI ROFL: 8% of Swedish men are peeping Toms. NCBI ROFL: Want worse hangovers? Drink bourbon!