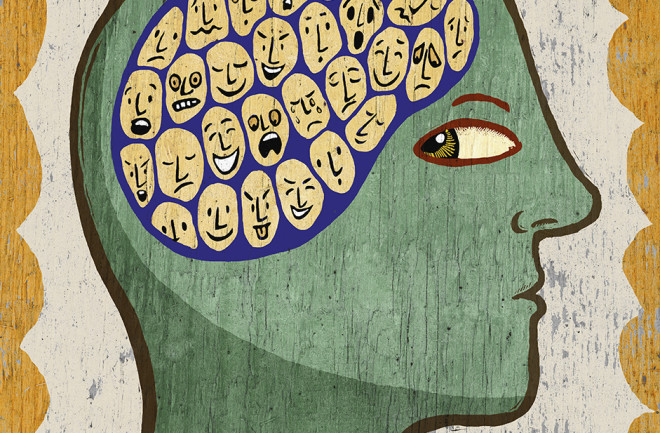 Schizophrenia, which affects 1 in 100 people worldwide and an estimated 2.4 million Americans, exacts tremendous social costs and great human suffering. Drugs can calm the inner voices, delusions and hallucinations, but few patients recover fully, and there is no cure. Nor are there predictive tests or internal markers for the disease — it must be diagnosed by outward signs alone. But this problem is at last yielding to progress on the genetic front.

In July, an international consortium of schizophrenia researchers, mounting what it calls the largest biological experiment in the history of psychiatry, reported 108 regions in the genome associated with schizophrenia. Two dozen of these genetic links had been recorded before, but more than 80 were new. Neuroscientists now have many more avenues for exploring the biological underpinnings of the disorder.

Originally thought to stem from bad parenting, schizophrenia tends to cluster in families, implicating DNA. The risk of the disease rises the closer one is related to a patient. Until recently, gene scans were unsuccessful in turning up links to schizophrenia.

“When we started, we got a lot of things wrong,” says Patrick Sullivan, a geneticist and psychiatrist at the University of North Carolina. “We had no clear fix on the problem. What was the best study design? How many samples did we need? Also, in the ’80s, genotyping [reading DNA’s sequence of letters] was really expensive. Every time a new technology came along, we gave it a shot, but schizophrenia was way more complicated than we thought.”

Sullivan is principal investigator for the Psychiatric Genomics Consortium, which includes “nearly everyone in the world who’s working on schizophrenia,” he says. The consortium’s broad-scale analyses included 35 research groups that have integrated genetic samples from a total of 150,000 subjects — 37,000 of whom have schizophrenia and 113,000 healthy controls. The unprecedentedly large sample allows a glimpse of the genetic basis of the disease that smaller, earlier studies didn’t have the statistical power to see. The specific method employed was a genome-wide association study, or GWAS.

Because DNA’s code varies slightly from person to person, GWAS seeks to identify the places where a schizophrenic’s genome differs from a healthy person or from another schizophrenic. The genotyping technology can distinguish a million possible sequences across each sample, the goal being to show the variants that are more prevalent in the patients than in healthy subjects.

The good news from the study was that many of the variants associated with the disorder made biological sense. Some, for example, pointed to genes that expressed themselves in brain cells, or that involved immune function, a previously established connection. Another important hit was at DRD2, the gene for the dopamine receptor, which is targeted by antipsychotic drugs. The bad news — which really wasn’t news to the investigators — was that the variants were fairly common in the population, but their effect was weak. They weren’t blockbuster genes like those for cystic fibrosis or Huntington’s disease, single flaws making for straightforward predictions. The risk of schizophrenia to someone who carries one of these markers is increased by as little as one-tenth of a percent.

Thomas Insel, director of the National Institute of Mental Health, describes schizophrenia as polygenic, meaning that genes probably act in networks to produce it. “The genome works like a symphony, not like a soloist,” he says. “If you line up these [variants] and determine the likely function of the genes, do they tell the same story?” The next task will be to engineer neurons in cell cultures so that they manifest one or more of the variants. “Does this alter any aspect of how neurons develop or how they fire?” Insel wants to know.

“The goal of this work is to understand the neurobiology,” Sullivan stresses. “So the molecular basis is polygenic. Are we going to sit back and cry because schizophrenia didn’t turn out like we hoped it would? It’s complicated. That’s the scientific challenge.”