Sauna Bathing May Have a Wide Range of Medical Benefits 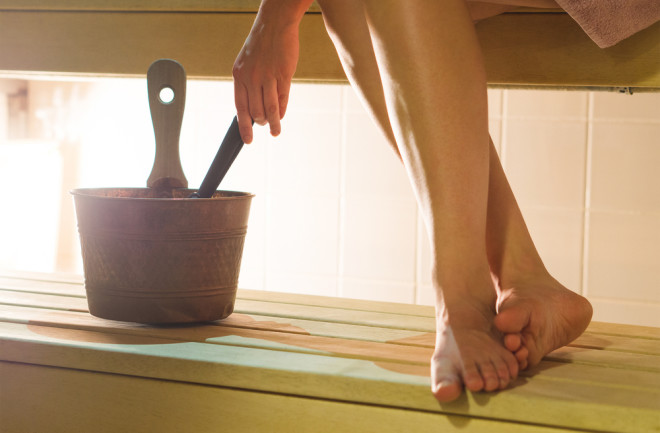 In Finland, sauna bathing traditionally involves bathers not only immersing themselves in steam, but also slapping themselves with branches until their skin is red and tingling, then diving into cold water or rolling in the snow. Now researchers find that sauna bathing — even of the conventional kind, sans cold and slapping — may have a wide range of health benefits.

Saunas bathe people in steam from water thrown on heated stones. This tradition may have its origins in baths described by the ancient Greek historian Herodotus, who noted that Scythians in central Eurasia threw water and hempseed on red-hot rocks to generate an intoxicating steam.

Sauna bathing has traditionally been used for pleasure and relaxation, but emerging evidence suggests it may have health benefits as well. To learn more, cardiologist Jari Laukkanen at the University of Jyväskylä in Finland and his colleagues conducted a comprehensive review of the existing medical research on Finnish sauna bathing.

The researchers found that sauna bathing appears linked to a reduction in the risk of vascular diseases, like high blood pressure and cardiovascular disease, as well as neurocognitive diseases like Alzheimer's, and other conditions. It could even help lung diseases and mental health disorders.

"Based on the current knowledge and evidence, sauna bathing may have beneficial effects," Laukkanen says. "It is one important way to decrease cardiovascular risk, in addition to other lifestyle habits such as exercise and good diet."

Furthermore, during sauna bathing, the heart typically beats at the kinds of rates seen during moderately intense exercise, Laukkanen says.

"Saunas are like exercise training for the cardiovascular system." he adds. Moreover, saunas may also boost the immune system. So they could even reduce susceptibility to common colds and prevent infectious diseases.

Although Laukkanen says that sauna bathing appeared safe for people with stable cardiovascular disease, he cautioned that it could prove harmful to people in an unstable condition, like patients with coronary artery disease or who recently experienced a heart attack.

Moreover, the researchers note that a combination of sauna bathing and alcohol consumption may increase the risk of potentially deadly events. All in all, one benefit that sauna bathing may have over other ways to reduce risk of cardiovascular disease is that it is pleasant.

That's opposed to tips "such as 'you must reduce body weight, don't eat unhealthy food, don't stress, don't smoke'," Laukkanen said. "This may a fun way to reduce your risk."

The scientists detailed their findings online August 1 in the Mayo Clinic Proceedings.