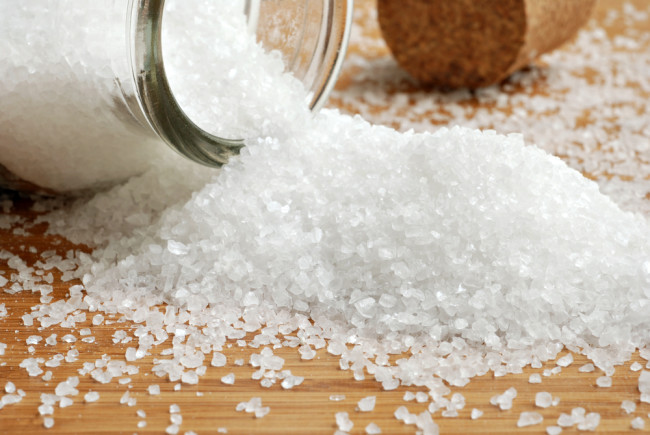 Our immune system is basically one big balancing act---produce just enough cells to prevent infection but don’t overproduce to the point of unleashing an attack on our bodies. When production goes awry, autoimmune diseases can result, such as multiple sclerosis, rheumatoid arthritis and psoriasis. Now researchers have found that a seemingly-innocuous chemical may also contribute to autoimmune disease: salt. Autoimmune diseases are a product of both genetics and a host of environmental factors, such as lack of sunlight, infection and smoking. Salt has not previously been on that list, but three

published Wednesday in the journal Nature show a connection between high salt intake and autoimmune disease. The studies took two separate forms: cellular effects and effects at the organism level.

At the cellular level, it's known that a type of T cell called TH17 plays a role in immune disorders, but scientists weren’t sure what made these cells tick or what switch is flipped to make them our attackers instead of our protectors. They wanted to discern which genes were driving T cells to differentiate into TH17 cells. They discovered that one particular enzyme played a decisive role in deciding T cells' fate. When that enzyme---serum glucocorticoid kinase1, or SGK1---was switched off, TH17 cell production dropped precipitously. When SGK1 was switched on, it led to an uptick in TH17 cells. SGK1 hadn't been found in T cells before, but it has been found in cells in the gut and kidneys, where it plays a role in absorbing salt. Thus the researchers examined the association with salt. They found that when both mouse and human T cells were grown in high-salt conditions, they converted to dangerous TH17 at almost ten times the rate

At the organism level, another research group studied mice genetically predisposed to develop an animal version of multiple sclerosis. They found that those on a high-salt diet developed a much more severe form of the disease owing to their high numbers of the TH17 immune cells. New Scientist reported

that mice fed a high-salt diet became completely immobile within a week, whereas those on low-salt diets lost only the ability to move their tails. However the high-salt diet alone did not cause autoimmune disease---the researchers had to induce disease, in this case by injecting a self-antigen to prompt the mouse immune system to respond. Thus the next step is to design clinical trials on people. Trials should examine individuals at higher risk for developing autoimmune diseases, specifically multiple sclerosis and psoriasis, on extremely low-salt diets. Only then will we know whether these new findings hold therapeutic promise for those with autoimmune diseases. Image courtesy Marie C Fields / Shutterstock