Salmonella Investigation Spreads, Along With Anger at FDA 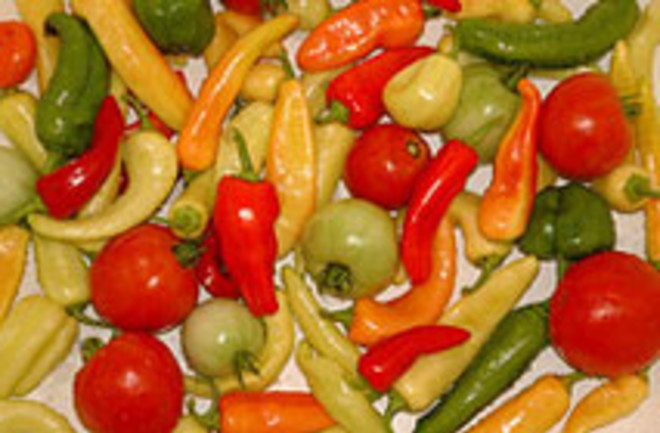 Consumers may be avoiding summertime's ripe, juicy tomatoes needlessly. While the Food and Drug Administration (FDA) blamed the broad salmonella outbreak to fresh tomatoes a month ago, it has recently admitted that it might be wrong about the source of the bacterial contamination, which has sickened over 900 people since April.

About 1,700 tomatoes have been tested, and none has contained the Salmonella Saintpaul bacterium implicated in the outbreak. Meanwhile, more people have fallen ill [Los Angeles Times].

FDA inspectors are now considering jalapeno and serrano peppers as possible culprits, along with cilantro; all three ingredients are commonly mixed with tomatoes to make fresh salsa. While the public anxiously awaits answers, the produce industry is enraged: U.S. tomato growers say the salmonella scare has already cost them $100 million, and now pepper and cilantro growers may begin to feel the consumer backlash. "We all put public health first, but you don't casually crush an industry, deprive poor migrant workers of their pay, bankrupt farmers, have consumers throw out food -- without triple-checking all these things," said Jim Prevor, author of the industry blog the Perishable Pundit

. In early June, the FDA warned consumers to avoid red round, plum, and Roma tomatoes, but some state and local investigators say they had doubts about whether the federal inspectors were on the right track.

Although the tomato investigation hasn't led to an answer yet, FDA inspectors are still holding out hope that they'll find it in Mexico's agricultural facilities.

A team of three FDA inspectors has gone through five farms in [western Mexico] in the past two weeks, looking at all aspects of tomato production: the greenhouses where they are grown, the packing plants where they are shut into boxes, the shipping methods for the trip north to the U.S. [AP]. But some experts say that jalapeno peppers are a better fit for this three-month long outbreak, since the pepper plants are usually harvested over the course of several weeks, and the peppers can last for months if refrigerated.

Related Post: Oh No! No Fresh Salsa Due to Salmonella Outbreak